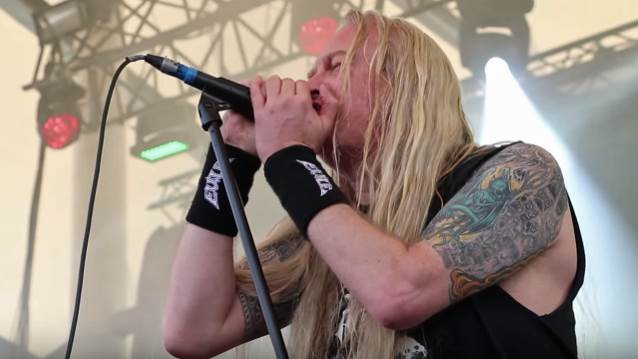 Professionally filmed video footage of MEMORIAM performing the song "Bleed The Same" at this year's edition of the Rock Hard Festival, which was held in May in Gelsenkirchen, Germany, can be seen below.

The group's second album, "The Silent Vigil", was released in March via Nuclear Blast. The disc's artwork was once again created again by Dan Seagrave (BENEDICTION, DISMEMBER, HYPOCRISY, SUFFOCATION).