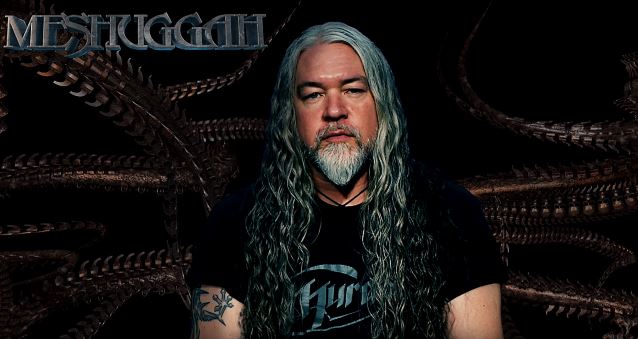 On the concept behind MESHUGGAH's new album "The Violent Sleep Of Reason":

Tomas: "Lyrically, the meaning is basically when you're asleep and you don't act or react to what's going on around you, it has very violent implications and effects. That's the idea behind the title. A lot of the lyrics are about current events and what's been going on in the Middle East and the humanitarian catastrophes going on there, and armed conflicts. For the last two years, it's been more than ever. That's not the only topic of the album, but there's surrounding topics that are close to that. As per usual, the topics are fairly serious and something that I personally take seriously. The music is serious in a sense and aggressive, so you want to write lyrics that are something you feel you want to write about, but is something that backs up the aggression of the music. It tends to be a little dark, but to be honest, that's the world we live in."

Tomas: "It's not always easy. The main approach to writing an album or a song is that we always try to find new grips and new sounds or a new vibe, even though we have this framework we have to be within. The metal [band] we are, we still want to sound like us; that it's immediately audible that it's MESHUGGAH. At the same time, we try to push ourselves to find new venues, new avenues to go down within the context of what we're doing and try to find new interesting things that sound new to us, something you haven't heard before. With that being the main goal, the songwriting process is a lengthy one because there's a lot of scrutinizing and going back and forth changing things."

On bassist Dick Lövgren's influence on the new album:

Tomas: "It's definitely difficult music to mix when you have that much low-end and the down-tuning with the 8-strings. On this one more than before, we thought about that a lot. Maybe a riff was initially down on the lower string and you pick it up an octave so the bass can go underneath, like in regular rock and roll where they don't play in unison. There's a lot of going back and forth on the new album. Also, a lot of harmonies between bass and guitar which we haven't done a lot before either. This time around, Dick was more involved in the production of the album and also in writing the album. He had a bigger influence and being a bass player, in a good way, he made the bass come out a little more than you heard before. The separation between the bass and the guitars are better on this one. You can hear that low grunt of the bass, which is audible on most parts of the songs. That's another important aspect. On some albums we've done, the bass is just another dimension of the guitar in a sense. On this one, the separation is more there. It's a cool listen that way, it makes for more of an angry sound."

On the future of djent and progressive metal:

Tomas: "It's hard to predict. I'll say one thing: We don't see ourselves as a djent band, but we understand that a lot of those bands have grew up with being influenced by what we've done. The whole style and most of those bands claiming us to be the forefathers of that style is really just humbling and a cool thing for us. We don't see them as copying us. Every band copies something at some point. That's how music progresses. You take one ingredient from this direction, then maybe you add another ingredient and over time, you get more and more genres. It continuously spreads out. The technical metal [sound], there's so many cool things that are going to happen. It's not for just the musicianship alone; I'm sure there will be some great songwriters. It's something that I feel is lacking in a lot of technical music is that some bands tend to only be technical. There's a lot of times, for me, there's no songs in there. It's not songwriting, it's stacks of weird stuff that is very technical. Only a few bands are still writing songs that are groovy that you can listen to where at the same time are technical. But, it's pretty amazing, just looking at the musicianship. If you compare to when we grew up in the late '80s and early '90s, the musicianship now, guys are 20 years-old and they're fucking amazing. There's so many young musicians now that in all honesty, do eighths around us as far as musicianship. Then again, you have the aspect of songwriting. That's something we still try to do. We grew up with the British wave and then Bay Area thrash. They were still songwriters even though bands like METALLICA was considered a technical band in the mid-'80s. They were for that time, but they still wrote really great songs that caught your attention. Even though there's a technical aspect to what we're doing, we still try to write songs that have a certain flow to them."

On whether MESHUGGAH will alter their sound like OPETH:

Tomas: "If you take OPETH as an example, who are good friends of ours and a great live band, I think when you've been doing something for a long time, it's very easy to fall out of love with something because you grow tired of it. You want to change things. That's another thing I feel is fortunate with us. We still feel there is so much we can do within this framework that we are. We're not completely free. We can't just do anything. We're not going to change and start doing clean vocals. It wouldn't work for us. We want to always continue on the path that we set out on. Then again, it's impossible to say how we're going to feel about this kind of music in five or ten years from now. Right now, being 27 years into our career, we still feel we're onto something we love. We still feel there is so much cool shit that can be done within this framework that is us."

"The Violent Sleep Of Reason" will be released on October 7 via Nuclear Blast. The CD was inspired by a Goya painting called "The Sleep Of Reason Produces Monsters". 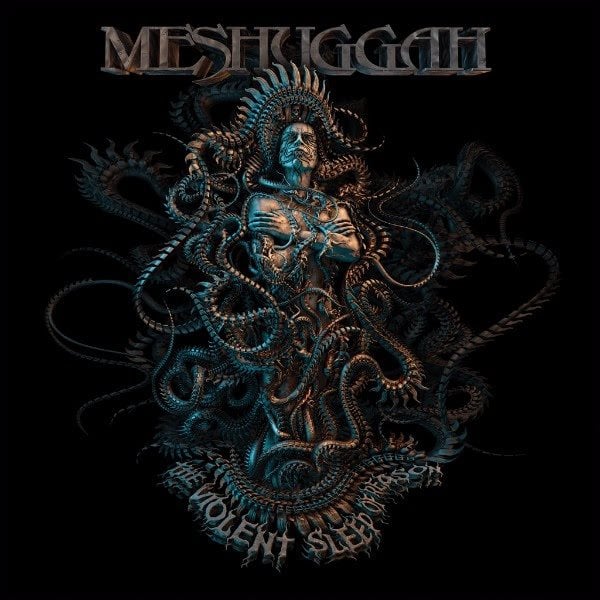