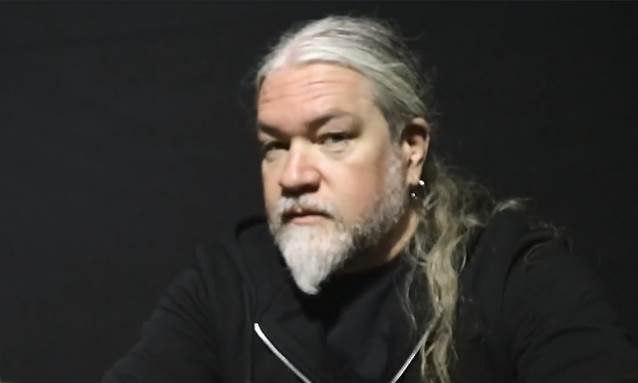 MESHUGGAH: No New Album Until 2020 At The Earliest, Says TOMAS HAAKE

Tomas Haake says that fans shouldn't expect to see a new MESHUGGAH studio album from before "2020 at the earliest."

Asked by Hayley Leggs at last weekend's Hellfest in Clisson, France what MESHUGGAH's plans are for the coming months, Haake said (see video below): "We'll do a few more shows now in the summer, and then we'll do probably South America in the fall. And apart from that, we don't really know at this point. We're probably gonna do kind of a similar run next year for festivals — try to hit whatever festivals we couldn't make match up this time; see if we can make another three- or four-week run next year. But we have to start writing at some point, so this fall or in the wintertime, we'll probably start writing for the next album. But the next album will not be out until 2020 at the earliest."