Two previously unreleased live songs from METAL ALLEGIANCEhave been made available for digital download, with 100 percent of the proceeds going to pay the salaries of the long-running West Babylon, New York record store Looney Tunes during the coronavirus outbreak.

"Pledge Of Allegiance" and "Can't Kill The Devil" were recorded on January 25, 2018 at the House Of Blues in Anaheim, California and feature guest appearances by members of SEPULTURA, DEATH ANGEL and TESTAMENT.

"Thrashing From The House Of Blues Anaheim" features the following musicians:

Looney Tunes opened in August of 1971, when it began selling vinyl records. In more recent years, it has been offering CDs, jewelry and clothing, in addition to in-store performances and autograph sessions. Family-owned, Looney Tunes was handed down from Karl Groeger Sr. to his sons, Karl Groeger Jr. and Jamie Groeger. 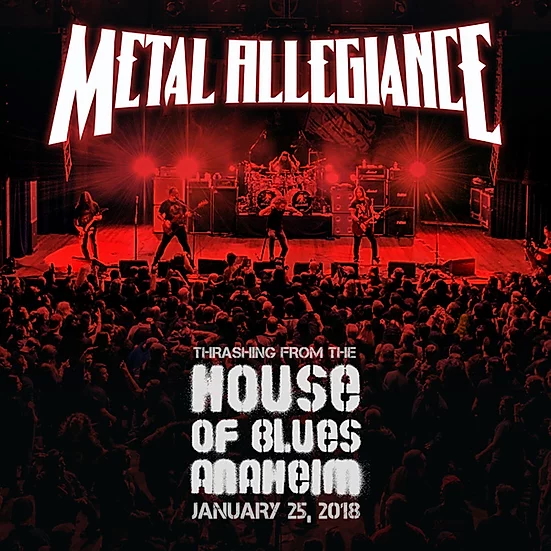