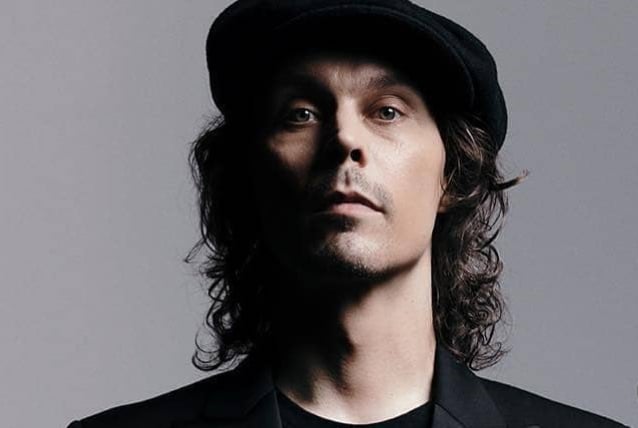 HIM's VILLE VALO Is Back With 'Gothica Fennica Vol. 1' EP

HIM mastermind Ville Valo has returned with what appears to be a solo project simply called VV.

Valohas just released a three-song EP called "Gothica Fennica Vol. 1". The effort, which bears a strong musical resemblance to HIM, features the following tracks: "Salute The Sanguine", "Run Away From The Sun" and "Saturnine Saturnalia".

At the time, Ville explained to Kerrang! magazine why the band decided to call it a day.

"We were tired of the same shit," he said. "When you've done it for a long time, at some point it doesn't taste good anymore. We started working on some stuff, it didn't sound good enough, and we didn't get the teenage buzz you're supposed get."

He also discussed the future of his artistic and musical endeavours.

Last year, Valo teamed up with guitar legend Esa Pulliainen to record an album based on songs by the late, legendary Finnish singer Rauli "Badding" Somerjoki. The self-titled album by VILLE VALO & AGENTS was released in February 2019 and was followed by a short tour.