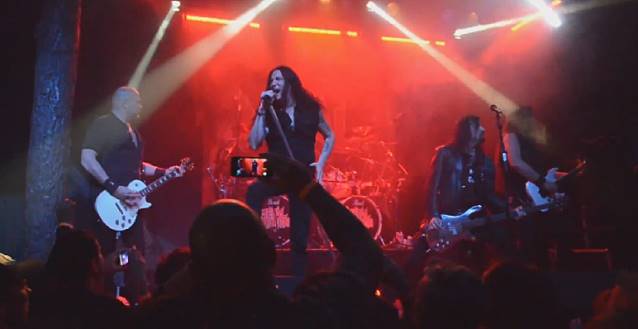 Robert Reddy has uploaded quality video footage of METAL CHURCH's February 23 performance in Dallas, Texas. Check it out below.

"Generation Nothing", the tenth studio album from METAL CHURCH — Ronny Munroe on vocals, Kurdt Vanderhoof and Rick Van Zandt on guitar, Steve Unger on bass, and Jeff Plate on drums — sold around 600 copies in the United States in its first week of release. The CD was issued on October 22, 2013 via Kurdt's label Body Of Work Recordings in conjunction with Rat Pak Records.

Munroe said in an interview with Metal Assault that the new METAL CHURCH effort would contain material that is "very reminiscent of the old days with some stuff that's very 'now.'" He added: "There's a bit of… I'm not going to say 'prog' because it's not, but there's a couple of elements in there that are a little bit progressive. For the most part, out of this batch of songs, they really sound more reminiscent of the early days than anything we've done before with this lineup. This excites me very much, and I think the fans are really going to dig it."