The annual Metal Hall Of Fame gala is now available exclusively on Amazon Prime and can be streamed on Amazon Fire, ROKU, Apple TV and Comcast Xfinity cable TV via the Amazon Prime video app by its 150 million subscribers.

Metal Hall Of Fame is dedicated to forever enshrining the iconic musicians and music industry executives responsible for making hard rock and heavy metal music what it is today. Their contribution to the genre is invaluable, and they continue to inspire fans throughout the world, from generation to generation. It is part of the 501 (C) (3) non-profit organization D.A.D. (Drums And Disabilities),which provides free therapy services for disabled children and their families in hospitals and community centers throughout the United States.

Gesualdo told OC Weekly that the the event was created in response to the lack of heavy metal coverage and recognition by the Rock And Roll Hall Of Fame and the Grammy Awards, as well as to give a spotlight to people behind the scenes of heavy metal music, such as producers, managers, journalists and people who help run the tours.

Gesualdo, a lifelong metalhead and professional drummer, created the D.A.D. program in 2004.

"When I was a child, I had a disability, and I used drumming as a way to help me overcome it," Gesualdo said. "With D.A.D., the concept was to use drum therapy to retrain synapsis in the brain to help develop physical and cognitive functioning in children and adults with different levels of disabilities — everything from autism, cerebral palsy, ADHD and more." 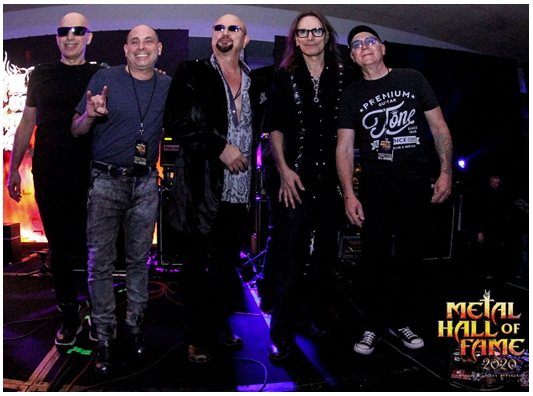