METALLICA, one of the most iconic names in rock music, today announced it will perform only two summer stadium shows in 2022: Highmark Stadium in Buffalo, New York on August 11, and PNC Park in Pittsburgh, Pennsylvania on August 14. Both shows will feature special guests GRETA VAN FLEET and ICE NINE KILLS.

METALLICA presale tickets will be available to Legacy Fan Club members at 9 a.m. ET and General Fan Club members at 11 a.m. ET on Monday, February 28. All presales will end Thursday, March 3 at 10 p.m. ET. Tickets for METALLICA in Buffalo and Pittsburgh go on sale to the general public on Friday, March 4 at 10 a.m. ET at ticketmaster.com. 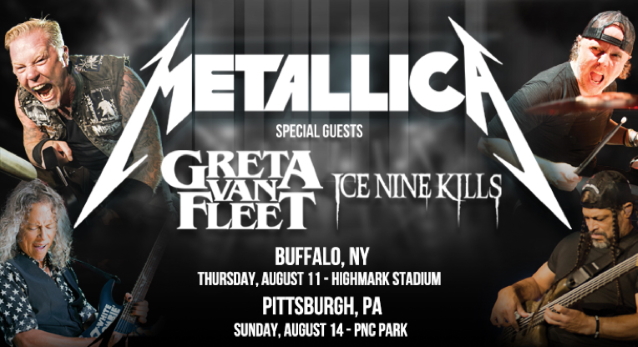