METALLICA will bring back the pop-up store in select cities throughout the North American leg of the band's "WorldWired" tour. The grand opening will be in New York City from May 12 through May 14 at:

METALLICA's "Now That We're Live" live rehearsal special from M&T Bank Stadium in Baltimore will stream exclusively on Facebook Live on Tuesday, May 9 at 9:00 p.m. EST, the eve of their inaugural show for the North American leg of the "WorldWired" tour 2017. The Rock And Roll Hall Of Fame inductees and multiple-Grammy Award-winning band will warm up the stadium stage with a full-scale rehearsal performance.

The "Now That We're Live" rehearsal special will feature METALLICA performing four songs in their entirety (including their current single, "Now That We're Dead"). The presentation will offer fans an early glimpse of the groundbreaking production elements of the "WorldWired" tour and will be available for on-demand viewing following the live stream via Metallica.com and the band's Facebook page.

Said METALLICA's Lars Ulrich: "We are psyched to share some of our rehearsals and final pre-production run-through with our friends around the world, and we hope you'll come hang with us as we fire up the engines for the North American summer run."

Viewers will also be able to donate on Facebook Live to METALLICA's All Within My Hands Foundation, which supports a cross-section of national, local and Bay Area charities that the individual band members support, as well as music education programs and local food banks. 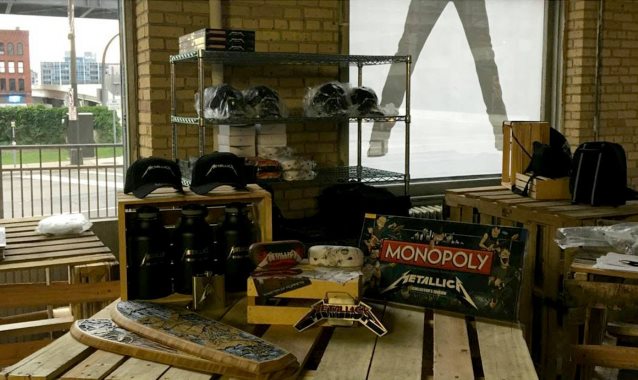