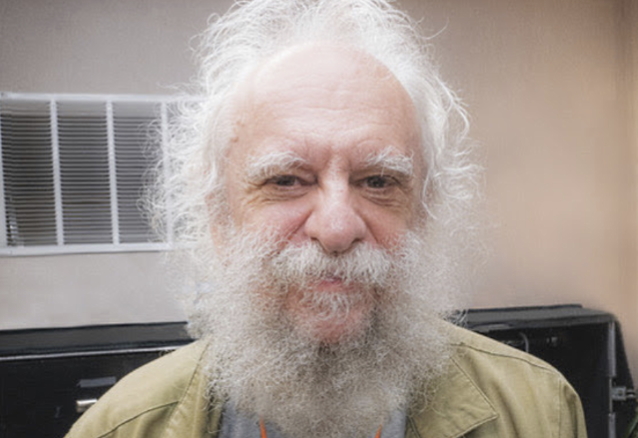 Q Prime management co-founder and METALLICA co-manager Cliff Burnstein sat with SiriusXM's Mandatory Metallica (channel 504, available on the SiriusXM app) for a wide-ranging interview. During the chat, hosted by Steffan Chirazi, editor of METALLICA's So What! fan-club magazine, Burnstein talked about his history with METALLICA, meeting Peter Mensch, with whom he co-founded Q Prime, and working with artists, including RUSH, THIN LIZZY, Shania Twain and SCORPIONS. Listen to a segment of the interview here (password: srxm) and find airtimes below. Part two of this interview will run next week.

Prior to co-founding Q Prime, Burnstein did promotion and then A&R for Mercury Records in the '70s, where he signed artists ranging from RUSH to punk outfit PERE UBU. He first met Mensch in 1974, when Burnstein was working at Mercury in Chicago and Mensch was working at Leber-Krebs, which managed AEROSMITH. In 1982, the pair decided to join forces and form their own management company, which became Q Prime.

Q Prime has looked after METALLICA since 1984.

In a 2016 interview with Billboard, Burnstein stated about METALLICA: "There is no reason why METALLICA should still be, by far, the biggest metal band. That kind of goes against the pop-culture grain, which is that you have a few years of your peak and then somebody else knocks you off. That's the way it ought to be. We've lived through that [syndrome] for many, many years. So for METALLICA to have been at the top of this mountain for so long, it's, like, what does that mean? I used to marvel at the loyalty of metal fans but now I realize it's mostly the same people as 10, 20 years ago… We have a feeling that if we had METALLICA, AVENGED SEVENFOLD and FIVE FINGER DEATH PUNCH on the same bill, it would draw exactly the same number of people if we just had METALLICA."