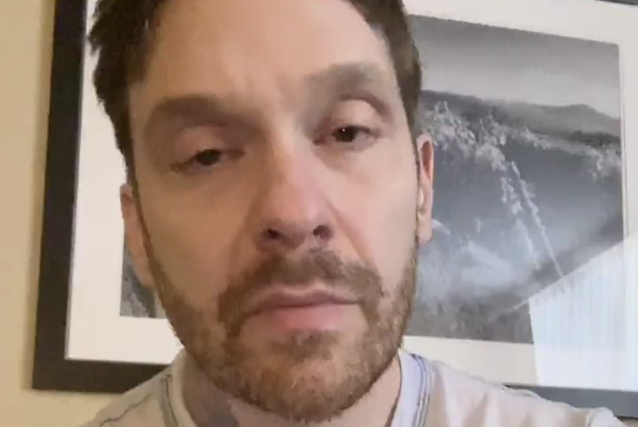 SMITH & MYERS, the duo comprised of SHINEDOWN's Brent Smith and Zach Myers, has been forced to cancel its concert tonight (Thursday, December 9) at the Brooklyn Bowl in Philadelphia, Pennsylvania after Smith became ill with a sinus infection and strep throat.

Earlier today, Brent released a video message explaining the show cancelation and denying that he had tested positive for COVID-19, as some fans had speculated. He wrote in an accompanying message: "Hey everyone… If there is one thing that I NEVER, ever want to do, it’s cancel a show ESPECIALLY in Philadelphia… I know that there is speculation online that I might have tested positive for Covid-19… That is NOT the case. I have tested multiple times, and I am negative. I have a combination of strep throat, and a pretty gnarly sinus infection, and as much as I hate to admit this I would not be able to give you my 100% tonight. To everyone @933wmmr and @pierrerobertwmmr I promise I will make it up to you somehow in the very near future. This is not something that Myself nor @zmyersofficial takes lightly. We love you Philly, and like I said I promise I will make it up to you All."

In September, SHINEDOWN was forced to play two concerts as a three-piece after bassist Eric Bass tested positive for COVID-19. A month earlier, SHINEDOWN drummer Barry Kerch missed a few shows on the band's tour after contracting the novel coronavirus. He was temporarily replaced by Dustin Steinke of SIXX:A.M.

Smith recently confirmed that the first single from SHINEDOWN's seventh studio album will arrive in January 2022. The follow-up to 2018's "Attention Attention" was recorded in part at a new studio in Charleston, South Carolina spearheaded by Bass, who is the group's bassist and producer.

"I think there was no real instruction manual for I," he said. "I think it was more about me and Zach looking at it and approaching it. We weren't trying to make a carbon copy of SHINEDOWN. If we wanted to go in and make an acoustic SHINEDOWN record, that's what we would've done. That's not what SMITH & MYERS is. Yes, it's me and Zach. It's Zach playing guitar and piano and both of us singing. But it's a different adventure more than anything." 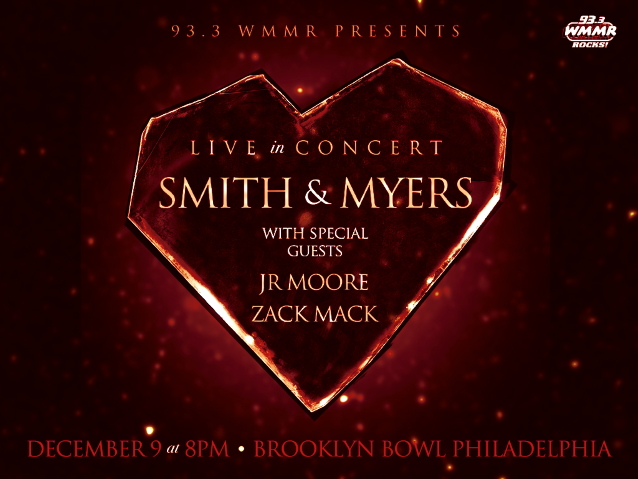