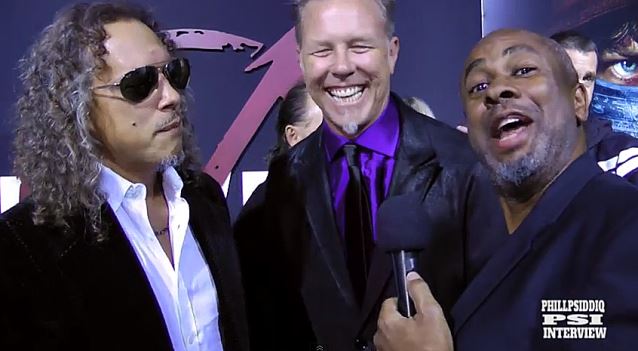 "The Phillip Siddiq Show" spoke to the members of METALLICA prior to the September 16 screening of their movie "Metallica Through The Never" at the Metreon Theatre in San Francisco. You can watch the footage in four parts below.

"Metallica Through The Never" opened on 308 IMAX screens this past weekend and earned $1.7 million, making it the biggest IMAX opening for a concert film ever. The movie, which will expand to more theaters this coming weekend, ranked 13th on the overall box office chart.