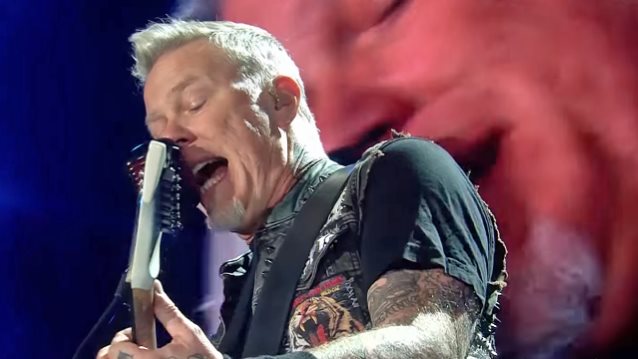 METALLICA has been forced to reschedule its February 5 concert in Copenhagen, Denmark.

The show has been postponed until September 2 after the band's frontman, James Hetfield, was given "strict doctor's orders to not sing one single note."

Tickets for the original date will be honored for the rescheduled performance.

METALLICA was forced to play an abbreviated set Friday night (February 3) at the first of four scheduled shows at the Royal Arena after Hetfield complained times during the show about being ill, even asking the audience at one point whether they thought METALLICA should continue with the performance.

"We're very disappointed to have to share with you that, unfortunately, as Saturday has progressed, James's health, and specifically his throat, is not improving and he is under strict doctor's orders to not sing one single note. So sadly we have to report that we will be postponing tomorrow's show at the Royal Arena until September 2, 2017.

"Our week here in Copenhagen is something we have had circled on the calendar for a very long time as a special event not only for our friends in Denmark but also for us and we were really looking forward to celebrating the new arena with you.

"To those of you who were there yesterday, we appreciate you encouraging us to carry on . . . That meant the world to us! We all felt really bummed that we were unable to give you the maximum METALLICA experience; it was one of the most challenging shows we've ever played, but your love and support got us through.

"We know that many of you made travel plans to spend the weekend with us and we are very sorry for any inconvenience this will cause. We hope that you will be able to come back to Copenhagen in September and we'll do our best to make it up to everyone with something unique for you at the make-up gig, along with a kick-ass show, of course! And to APHYXION, the band who won your votes to be Sunday's opening act, we hope you're available in September.

"Thank you again for all the support and care you've always shown us in Denmark. We will be back!

"The technicalities: If you have already traveled to Denmark and are able to attend either of the shows on February 7th or 9th, please contact Ticketmaster Denmark, who will do their best to help with replacement tickets for one of these shows although they are very limited.

"If you are not able to attend the rescheduled date on September 2nd, please contact them before March 1st for a refund of your tickets. Phone: + 45 7015 6565 or by email [email protected] A refund will only apply to the original buyer of the tickets, and you will need to verify your ownership of the tickets by providing Ticketmaster with the last four digits of your credit card number. Face value will be refunded but not service fees.

"P.S.: We are monitoring James's voice on a day-to-day basis so watch this space for updates."

Assuming that Hetfield regains his voice in the next couple of days, METALLICA will play two more shows at the Royal Arena this month — on February 5, February 7 and February 9 — before performing at the 59th annual Grammy Awards on February 12, at the Staples Center in Los Angeles, California. The ceremony will be televised at 8:00 p.m. on CBS.

The group has plans to hit the rest of Europe, South America and North America in the months ahead, including its first proper U.S. trek in eight years. 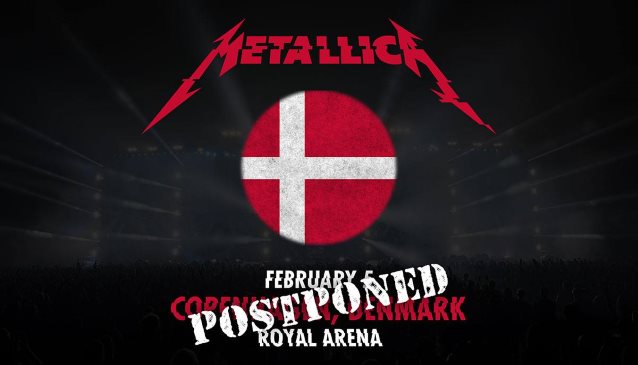