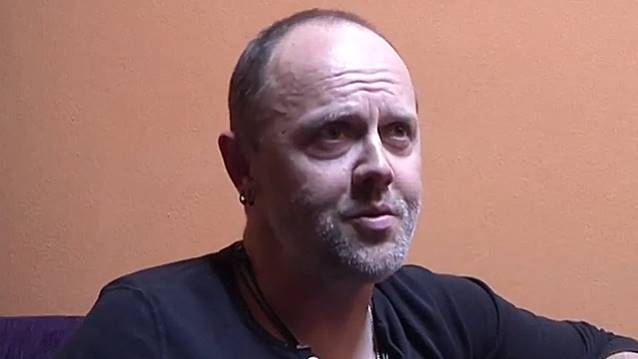 A ten-minute video clip in which METALLICA members James Hetfield, Kirk Hammett, Lars Ulrich and Robert Trujillo talk about the contribution of legendary British hard rockers DEEP PURPLE, in particular the classic albums "Machine Head" and "Made In Japan", and how DEEP PURPLE influenced one of the great metal bands of all time, METALLICA, can be seen below.

Universal Music has announced the deluxe release of DEEP PURPLE's seminal live album "Made In Japan" in multiple formats on May 19.

Together with LED ZEPPELIN and BLACK SABBATH, DEEP PURPLE has been referred to as the "unholy trinity of British hard rock and heavy metal" in the early to mid-Seventies. One of the most influential and important guitar bands in history, they have sold over 100 million albums worldwide.

"Made In Japan" was recorded live over three nights during August 15–17, 1972 at Festival Hall, Osaka and Budokan, Tokyo. Four of the tracks come from the band's 1972 "Machine Head" album. It featured what many consider the classic DEEP PURPLE lineup — Ian Gillan (vocals),Ritchie Blackmore (guitar),Roger Glover (bass),Jon Lord (organ) and Ian Paice (drums). Originally recorded only for the Japanese market, the album has since become seen as one of DEEP PURPLE's seminal albums, and one of the greatest live albums of all time (A Rolling Stone magazine readers poll in 2012 voted "Made In Japan" as the sixth greatest live album of all time).

May 19, 2014 will see the album newly remastered and released in a number of special formats. The format options include previously unseen footage on DVD, bonus material and mixes, memorabilia and a hardback book.

The "Made In Japan" formats: