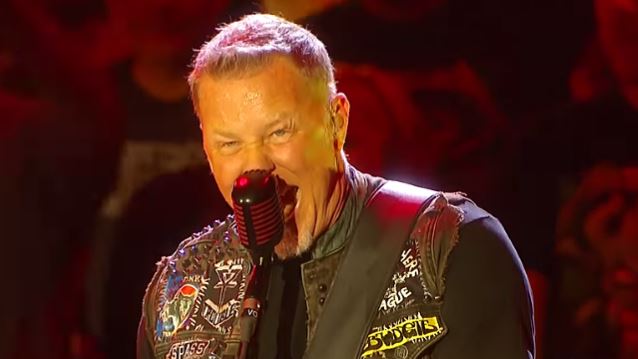 METALLICA played the song "The Unforgiven II" live for the second time ever this past Friday night (May 29) at the Rock Im Revier festival in Gelsenkirchen, Germany. The band has just released an official audio recording of the performance, and it can be streamed using the SoundCloud widget below.

"The Unforgiven II"was first aired during METALLICA's December 1997 performance at the Billboard Music Awards in Las Vegas, Nevada. The track, which appeared on METALLICA's 1997 album "Reload", is the sequel to the band's 1991 song "The Unforgiven", from METALLICA's mega-selling self-titled LP. A second sequel, titled "The Unforgiven III", was included on the group's last CD, 2008's "Death Magnetic".