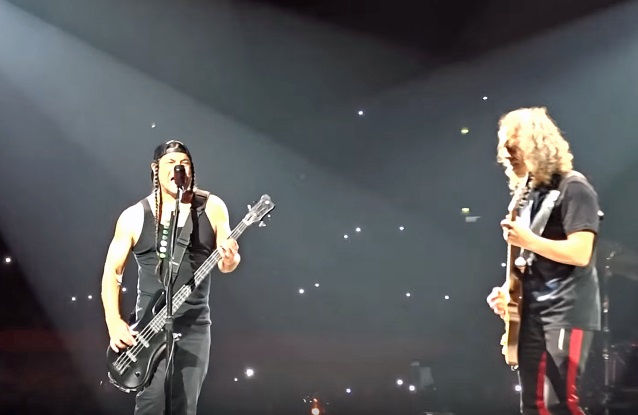 Robert Trujillo and Kirk Hammett performed a cover of XUTOS & PONTAPÉS's "A Minha Casinha" during METALLICA's February 1 concert in Lisbon, Portugal. Fan-filmed video footage of their rendition can be seen below.

XUTOS & PONTAPÉS has dominated the Portuguese rock music scene since the late 1970s, with the band's fan base spanning several generations.

Trujillo dedicated METALLICA's version of "A Minha Casinha" to XUTOS & PONTAPÉS guitarist Zé Pedro, who died in December at the age of 61.

He reportedly died at home in Lisbon following a long battle with an undisclosed illness.

METALLICA's show in Lisbon kicked off the 2018 European leg of the group's "WorldWired" tour, which will run through May 11 in Helsinki, Finland.