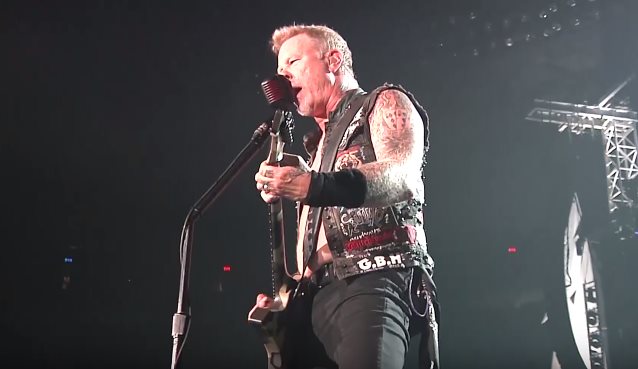 Professionally filmed video footage of METALLICA performing the song "Motorbreath" on July 19 at at Parc Jean-Drapeau in Montréal, Québec, Canada, and "Sad But True" on July 16 at Rogers Centre in Toronto, Ontario, Canada can be seen below.

The North American leg of METALLICA's "WorldWired" trek will hit stadiums in eight more cities before ending in mid-August.

The next stop on the tour is Pasadena, California on Saturday, July 29.

The Rock And Roll Hall Of Fame band is touring in support of its tenth studio album, "Hardwired... To Self-Destruct", which features the single "Now That We're Dead".