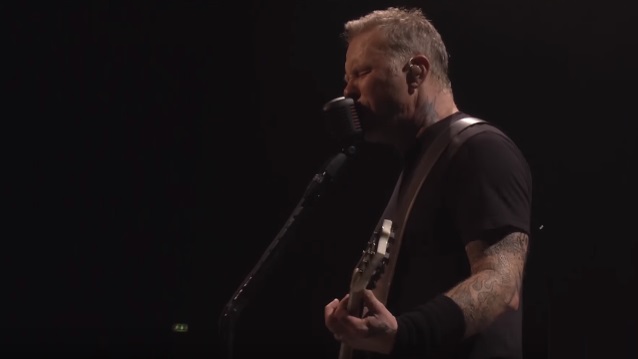 METALLICA: Pro-Shot Footage Of 'Whiskey In The Jar' Performance From Bologna

Professionally filmed video footage of METALLICA performing the famous Irish traditional song "Whiskey In The Jar" (popularized by THIN LIZZY in the '70s) on February 14 at Unipol Arena in Bologna, Italy can be seen below.