METALLICA: Remastered 'The $5.98 EP - Garage Days Re-Revisited' Due In April

Next up in the series of METALLICA reissues is "The $5.98 EP - Garage Days Re-Revisited", available for pre-order now and in stores on April 13 in time to celebrate Record Store Day. The long-out-of-print EP included five songs that were later released as a part of the "Garage, Inc." double album, but METALLICA thought it would be fun to bring them back now in the original format straight from 1987.

Keeping with the '80s theme, the remastered EP will not only be released as a CD and download, but also as several vinyl versions including a picture disc, as a cassette, and in a longbox (you youngsters can search the web for that term!). All Metallica.com pre-orders will receive an instant-grat single of the remastered version of "The Wait", which can be heard below. 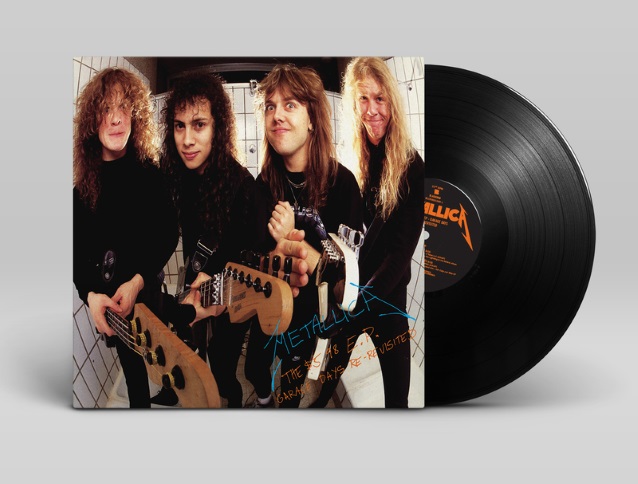