METALLICA, SLAYER, MEGADETH Featured In 'The Rise Of L.A. Thrash Metal': Part One Of Doc Series Due In January

Throughout history, the San Francisco Bay Area has long been deemed as the epicenter for thrash metal, whereas Los Angeles has invariably been considered the stomping ground for glam and hair metal. True, San Francisco has birthed many exceptional thrash bands since the early '80s, but the fact remains — Los Angeles is the rightful birthplace of three of the "Big Four" thrash bands and is the breeding grounds for unconventional thrash/punk-metal bands. From legendary thrash icons METALLICA, SLAYER and MEGADETH, to punk/metal renegades SUICIDAL TENDENCIES and combative thrash stalwarts DARK ANGEL and HIRAX, they all generated from this pretentious, megalopolis hellhole we call Los Angeles.

MetalRock Films is thrilled to release a new two-part "Inside Metal" documentary DVD series exploring this topic, titled "The Rise Of L.A. Thrash Metal". The first DVD in the two-part set is set for release on January 19, 2018. Directed by Bob Nalbandian with narration by David Ellefson of thrash legends MEGADETH, the documentary focuses on the Los Angeles thrash metal uprising of the early/mid-'80s and acts as a follow-up to the first two "Inside Metal" titles, "The Pioneers Of L.A. Hard Rock & Metal" and "L.A. Metal Scene Explodes".

As followers of the "Inside Metal" series know, each documentary includes exclusive, in-depth content and interviews with heavy metal icons and those who helped build the scene. Those featured on the DVD include (alphabetically):

Take a look at an exclusive clip of Gene Hoglan discussing the very first time he met James Hetfield in 1981 in the clip below. You can also watch an official DVD trailer.

Each special guest on the DVD provides unique and first-hand insight into the birth and rise of one of heavy metal's originating genres. This is a must-see DVD for anyone with a passion for heavy music, and makes a great gift. Pre-orders are available now via Amazon.

Nalbandian says: "'The Rise Of L.A. Thrash Metal' is the third installment in the 'Inside Metal' series and perhaps the most compelling, as this title delves deep into the dark history of thrash metal with the birth of METALLICA and SLAYER and ensuing Los Angeles thrash bands MEGADETH, SUICIDAL TENDENCIES and DARK ANGEL, as well as many others that are documented in this two-part film. We at MetalRock Films felt it was important to uncover this rich history of underground thrash metal told from the eyes of some of the biggest metal artists today!"

"The Rise Of L.A. Thrash Metal" was produced by Nalbandian, Carl Alvarez and Joe Floyd, executive-produced by Warren Croyle and edited by Curtis Don Vito. 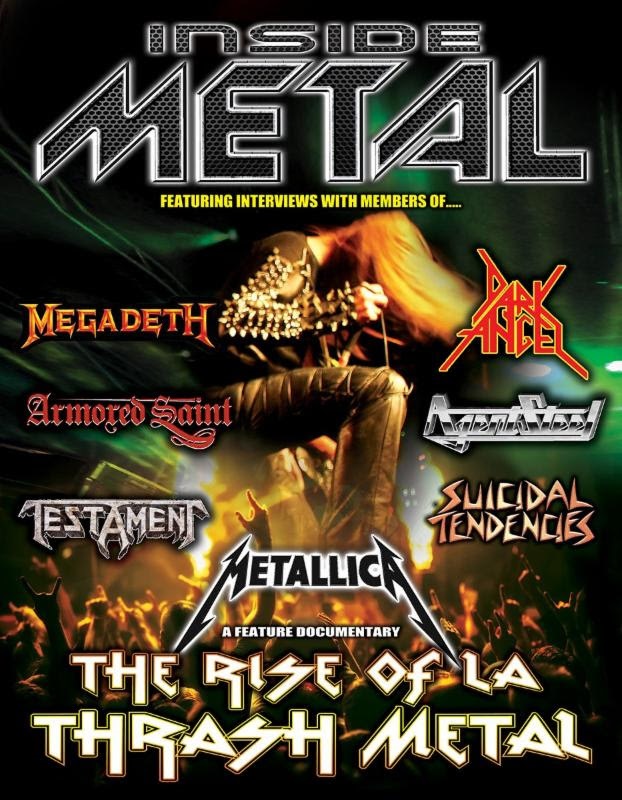