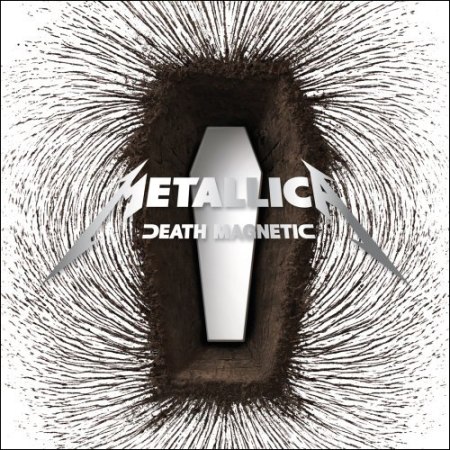 METALLICA To Re-Team With Producer RICK RUBIN For Next Album, Says Bassist

Kevin Conklin and Patrick Tish of the 93.7 KCLB Rocks! radio station (web site) in Palm Springs, California conducted an interview with METALLICA bassist Robert Trujillo yesterday (Saturday, April 23) at the "Big Four" concert at the Empire Polo Club in Indio, California. The chat can now be viewed below.

When asked if METALLICA will once again work with producer Rick Rubin on its follow-up to 2008's "Death Magnetic", Trujillo said, "Yeah. I love working with Rick. Rick, to me, he's sort of a Zen guru spirit that METALLICA needs right now. Not to say that we need it right now, 'cause we're getting along incredibly well, we're really excited to write some new music. There's no shortage of riffage in METALLICA world right now. And I think it's only gonna get better."

He continued, "The first album with Rick was also the first album for me, so in a lot of ways, you're kind of testing the water. Now that we're comfortable with Rick and his incredible engineer, Greg Fidelman, who worked with SLAYER, actually, on this last record — it's my hero — it's a great team. And it's only gonna better; I really believe that. So I'm super-excited."

He added, "I know that we've got another couple [of records] in us. And I think there's a demand. It seems like we've got some new fans, and they're waiting [for new music from METALLICA]."

"Death Magnetic" was officially certified double platinum by the Recording Industry Association of America (RIAA) on June 28, 2010 for shipments in the United States in excess of two million copies.

METALLICA drummer Lars Ulrich told The Pulse of Radio in an October 2008 interview that he didn't understand the controversy that had broken out over the audio quality of "Death Magnetic" shortly after the LP's release. Some fans and publications had accused the group and producer Rick Rubin of mixing the album at such a loud volume that the music is distorted and difficult to listen to. But Ulrich said that he's more than happy with the way it turned out. "I listen to this record, and I listen to it every couple of days," he said. "And when I hear it, it puts a smile on my face and it blows me away, and I don't understand what people are talking about. Somebody told me the other day that there were 12,000 people that had signed a petition to remix the record. We've sold two and a half million copies [worldwide] of 'Death Magnetic'. You do the math yourself."

A number of fans said online that they prefer the versions of the CD's tracks prepared for the Guitar Hero video game, which are mixed differently.

Ted Jensen, the engineer who mastered the album at Sterling Sound in New York, responded to fan complaints that the CD is too loud and the audio is pushed to distortion levels by writing, "I'm certainly sympathetic to your reaction, I get to slam my head against that brick wall every day. In this case the mixes were already brick-walled before they arrived at my place. Suffice to say I would never be pushed to overdrive things as far as they are here. Believe me, I'm not proud to be associated with this one, and we can only hope that some good will come from this in some form of backlash against volume above all else."

Mastering is the process of preparing and transferring recorded audio from a source containing the final mix to a data storage device, the "master," from which all copies will be produced.

Blame for the sound quality has been laid at the feet of the band itself, producer Rick Rubin and his recording engineer, Greg Fidelman.

METALLICA will bring the "Big Four" tour to Europe in July, and is also confirmed to perform on July 16 at the 44th edition of Festival d'ete de Quebec in Quebec City, Canada on Saturday, July 16.

The group will also headline Brazil's Rock In Rio festival this September.

METALLICA has hinted at entering the studio in May to begin work on a secret recording project, although details have been few.