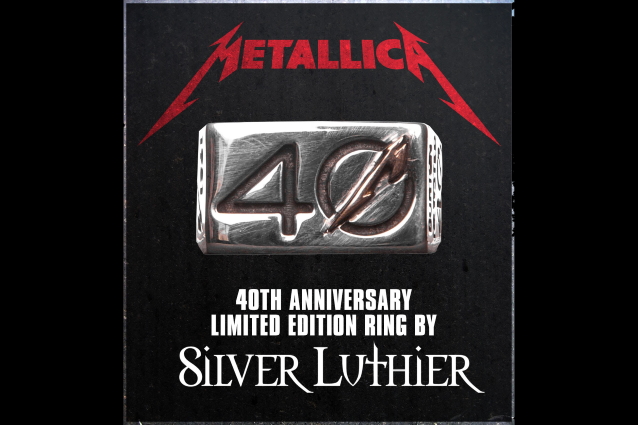 Commemorating 40 years of METALLICA, the band will release a special extremely limited ring, only 40 of which will be made.

These 40 rings will be made to order, crafted from silver, and hand-numbered 1 through 40. Each will feature engravings of James Hetfield, Lars Ulrich, Kirk Hammett, Robert Trujillo, Cliff Burton and Jason Newsted. One side will display the number 40 with the M logo struck through the zero, and the other will feature the years 1981 and 2021, also separated by the M logo. The face of the ring will proudly display the number 40 with a raised, brass M logo struck through the zero.

The 40th anniversary limited-edition ring will go on sale Monday, November 8 at 9 a.m. PT in the METALLICA store at Metallica.com. It will only be available to members of METALLICA's fan club, affectionately known as Fifth Members.

Customers who purchase the ring then must submit a support ticket with their desired size.

A standard, unnumbered, all-silver edition will follow in December and will cost $249.99.

The standard 40th-anniversary silver ring features the same design elements. The two differences are that it is not numbered and the M logo on the face of the ring is neither raised nor brass. The M logo is engraved in the same manner as the 40 on the face. 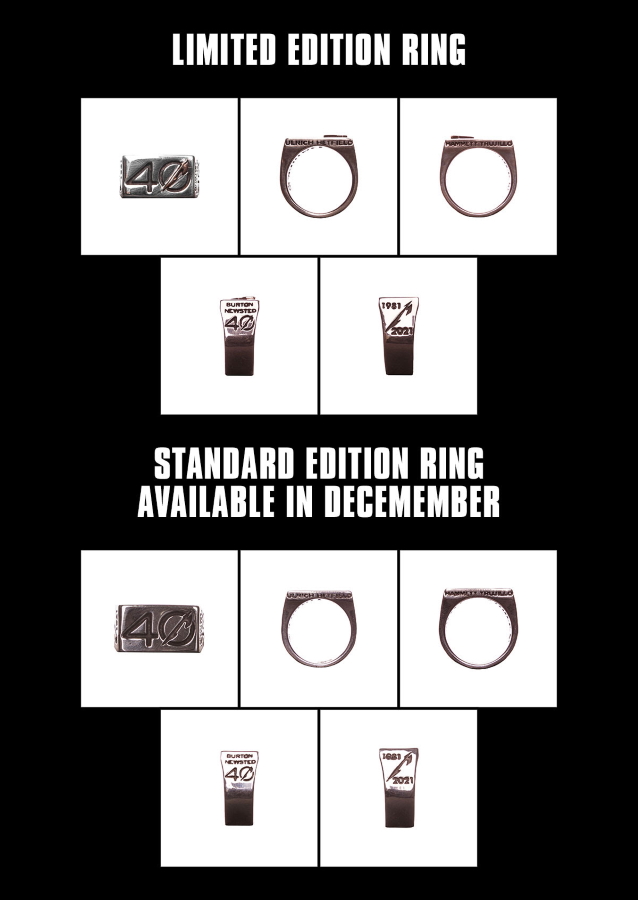