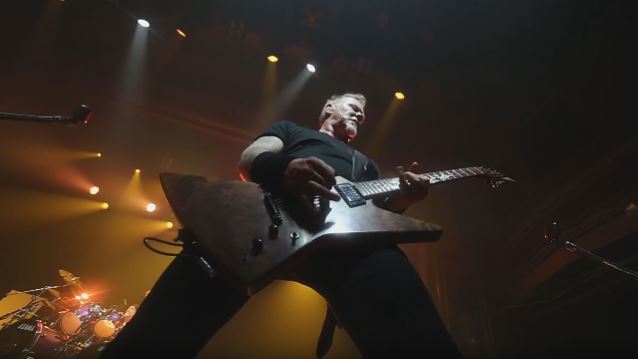 As METALLICA gets ready to hit the road and kick off its North American tour, the band thought it might be cool to revisit the very beginning of "Hardwired… To Self-Destruct" by pressing one of the live release celebrations on vinyl.

It all started with the Fifth Member show at the 1,500-capacity Webster Hall in New York City in September of last year, so this Friday, May 5, the three-LP set of that show will be available exclusively online at Metallica.com as well as in the band's pop-up stores in select tour cities this summer (more on that soon).

Newly mastered for vinyl and mixed by the team that brought you "Hardwired…To Self-Destruct", the three-disc limited edition package is pressed on 140-gram vinyl and includes the digital download of the show as well.

Disc One / Side A

Disc One / Side B

Orders expected to begin shipping before street date on May 5. Limit one (1) per customer.

Fans were able to witness the Webster Hall concert after entering an online contest for a chance to purchase $25 tickets, the proceeds from which benefited City Harvest, an organization that delivers food to New Yorkers in need. Also in attendance were members of TOOL and VOLBEAT and a cast member from "Orange Is the New Black". 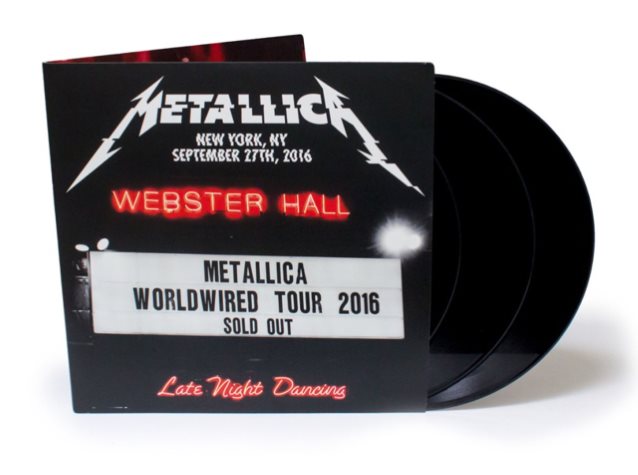