According to The Pulse Of Radio, METALLICA has made available for purchase a limited-edition box set containing 50 CDs that chronicle the band's tours of Australia and New Zealand in 2010 and 2013. First announced in April, the set began shipping this week to fans who pre-ordered it, with copies still available. Australian cities featured in the box set include Melbourne, Sydney, Perth, Brisbane and Adelaide, while the New Zealand shows are taken from Christchurch and Auckland.

The set features recordings of 62 different METALLICA originals and covers, including rarities like "Dyers Eve", "The God That Failed", "The Call Of Ktulu", "Trapped Under Ice" and other songs that don't often make the band's current live set.

The box features 25 different shows, each on two discs, and retails for a hefty $395.

METALLICA currently has around a dozen or so dates on its calendar between now and mid-September, including this year's edition of Lollapalooza, which will take place at Grant Park in Chicago, on July 31, August 1 and August 2.

The band has reportedly been working on material for its tenth studio album, although they have steadfastly refused to say when fans might get to hear the follow-up to 2008's "Death Magnetic". 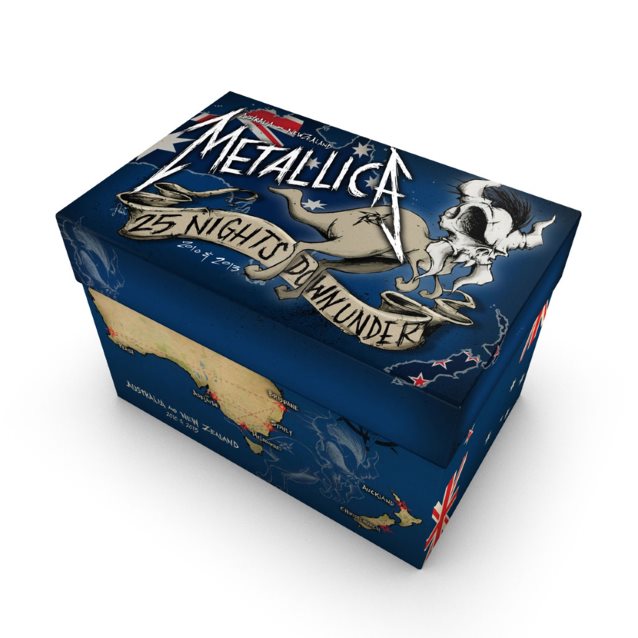