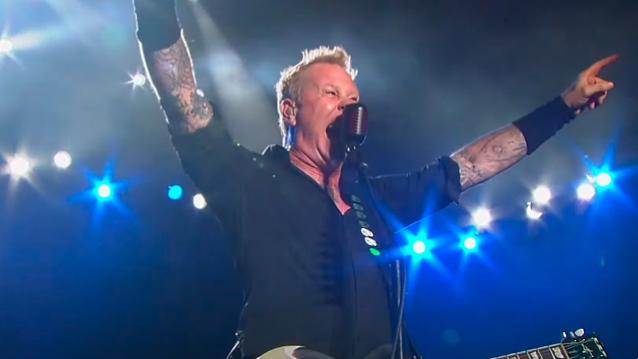 The show launched on Friday (June 12) with METALLICA's full-length headlining set from May 2017's Rock On The Range event in Columbus, Ohio. You can now watch the concert below.

According to a press release, future content from "Offstage With DWP" will include live footage from FOO FIGHTERS' headlining set at Sonic Temple 2019, interviews with PAPA ROACH, SHINEDOWN and THE PRETTY RECKLESS, brand new acoustic performances from RISE AGAINST and HALESTORM, plus more.

METALLICA was scheduled to headline five North American festivals produced by Danny Wimmer Presents this year, including Louder Than Life, Sonic Temple, Epicenter and Welcome To Rockville. Those events were all scrapped due to the COVID-19 pandemic.