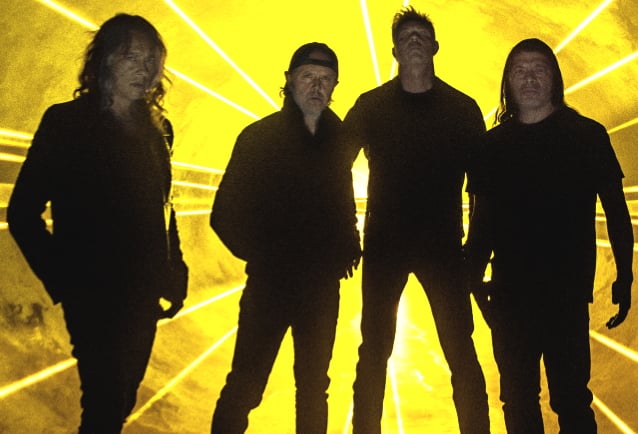 METALLICA has announced the details of the "Enhanced Experiences" for all shows on the band's upcoming "M72" tour, with five levels to choose from.

Presented worldwide by Liquid Death and Blackened American Whiskey (in North America only) and promoted by Live Nation, the "M72" world tour will see METALLICA playing two nights in every city it visits — with each "No Repeat Weekend" featuring two completely different setlists and support lineups. The "M72" tour will feature a bold new in-the-round stage design that relocates the famed METALLICA Snake Pit to center stage, as well as the "I Disappear" full-tour pass and the debut of discounted tickets for fans under 16 years of age.

Starting in April 2023, METALLICA will visit 22 different cities around the world and play two nights in each city.

Each "No Repeat Weekend" show of the "M72" world tour will feature two totally different setlists with two different bands opening the show each night.

METALLICA promises fans who purchase a two-day ticket that they won't see the same song twice for a total of over 30 songs spanning the band's 40-plus-year career.

Each weekend offers a variety of "Enhanced Experiences", ranging from access to a meet-and-greet, production and stage tour, food and beverage in the "Black Box" lounge to early entry into the venue and the Snake Pit. The very popular "Black Laminate" is back, now known as the "I Disappear Ticket", and is the ultimate pass for the fan who wants to run away with METALLICA for multiple weekends.

A single "I Disappear" ticket purchase gives you access to as many of METALLICA's 46 headlining tour dates across Europe and North America in 2023 and 2024 as you choose. You decide how many shows you'd like to attend around the world, and for how long, and METALLICA will make it as easy as possible.

What you get when you buy a "I Disappear" ticket:

One (1) general admission floor ticket with early entry for as many shows as you want to attend, per your "I Disappear" Ticket type

One (1) special edition metal laminate - personalized with your name!

The "I Disappear" ticket may not be used for festivals, promotional shows, or benefit concerts, as well as any other METALLICA appearance not included in the "M72" world tour announced on November 28, 2022. 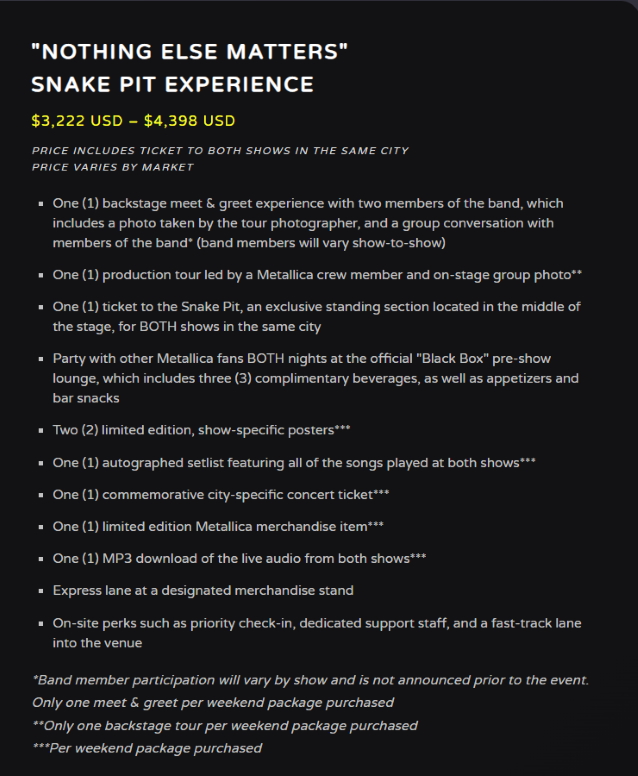 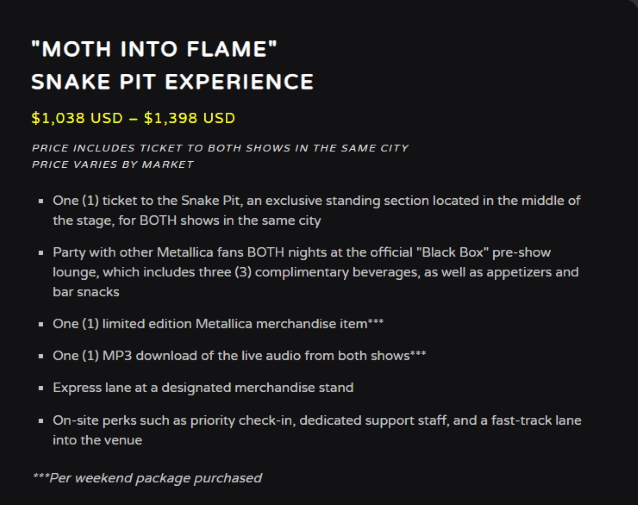 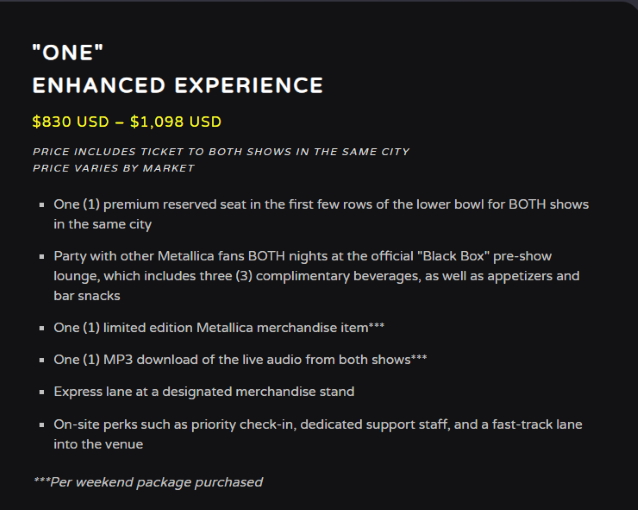 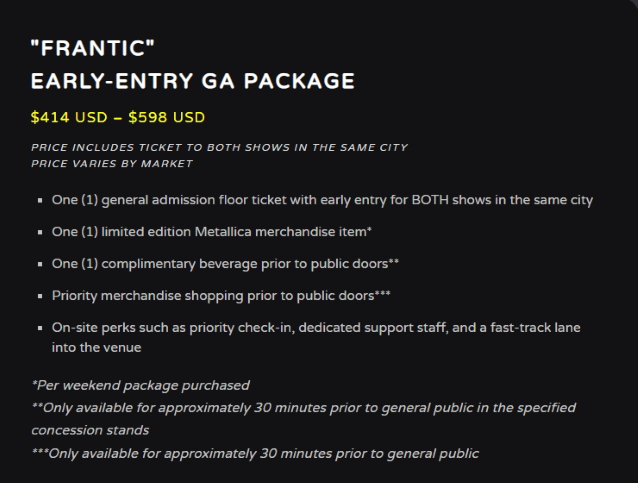 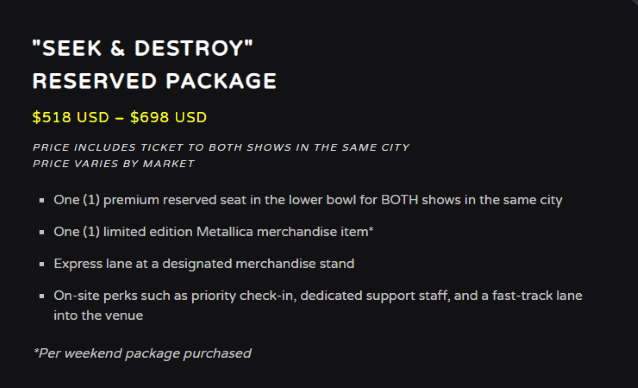 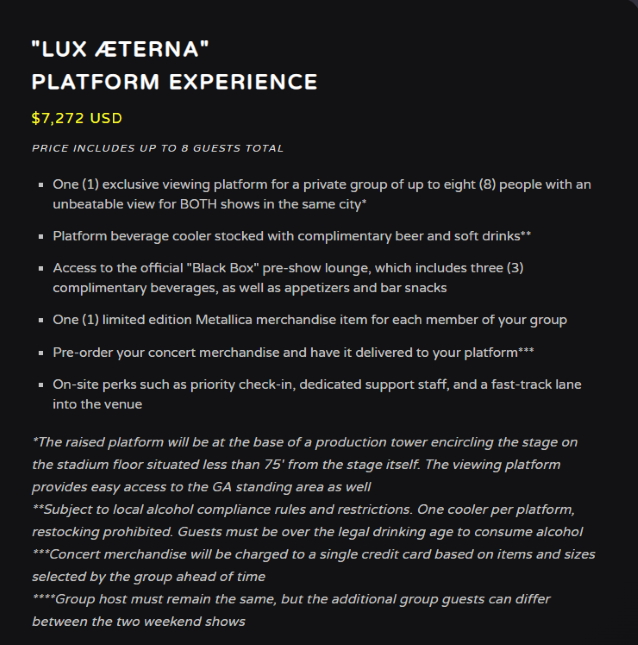 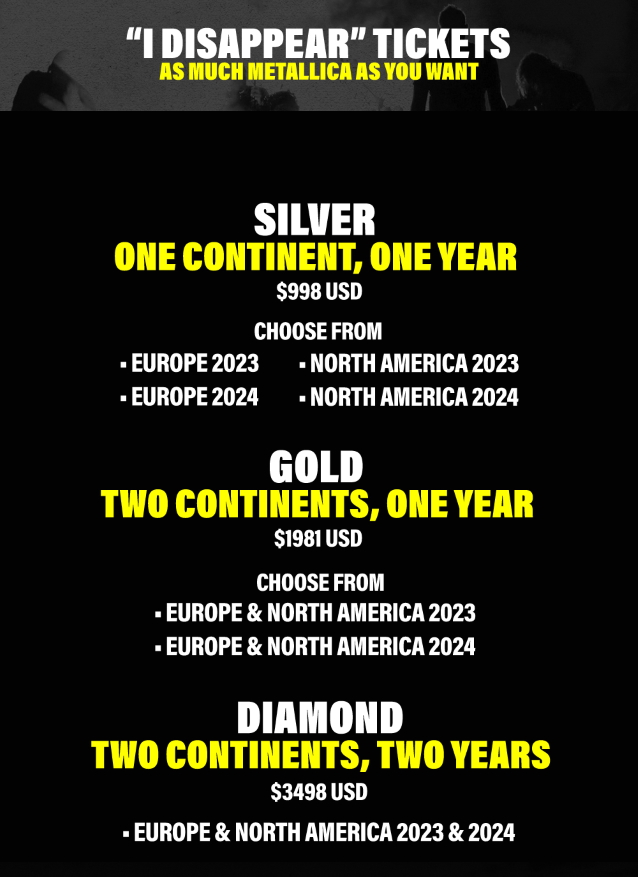