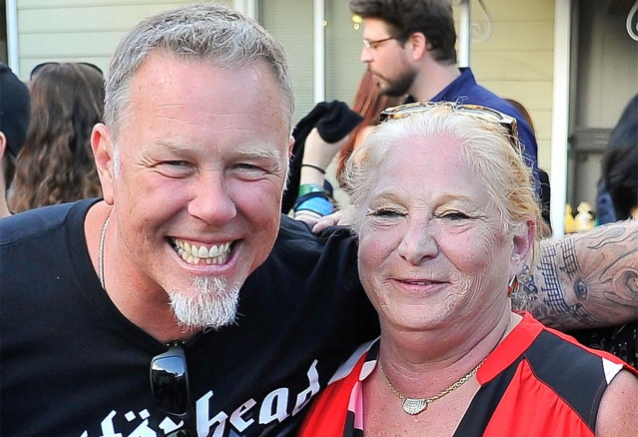 METALLICA's JAMES HETFIELD Pays Tribute To MARSHA ZAZULA: 'She Was Our Mother When I Had None'

METALLICA frontman James Hetfield has paid tribute to Megaforce Records co-founder Marsha Zazula, who died on Sunday (January 10) at the age of 68.

Hetfield said in a statement (as provided by Q Prime/Adrenaline PR): "Marsha Z is the Metal Matriarch of the East Coast. She was our mother when I had none. She made great sacrifices for METALLICA to grow. Thank you, Marsha. Love and positive energy to the Zazula family."

Marsha co-founded Megaforce in 1983 with her husband Jon (a.k.a. Jonny Z).

METALLICA drummer Lars Ulrich took to his Instagram to write: "Thank you Marsha for making it happen... For supporting us, for encouraging us, for advising us, for sheltering us, for feeding us, and most importantly for cheering us on and along with your husband Jonny, believing in the possibilities of how a gang of misfits and outsiders like ourselves could connect with a larger and likeminded audience…"