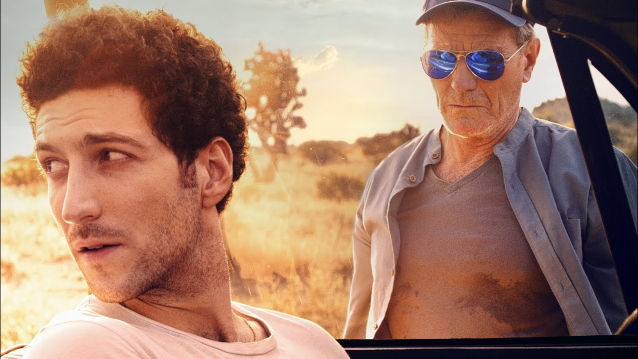 "A lot of that drive is open desert with nothing around, and at one point I saw my fuel gauge getting lower with no gas station in sight. It got me pretty nervous about getting stranded, but also gave me an amazing idea," Evan Stanley said in a statement. "I had recently recorded my own version of MAROON 5's 'Memories', but didn’t want to make just another cover video. Bryan Cranston's created some of the most iconic characters in history, so I'm beyond lucky that he was willing to come on board and help bring my crazy idea to life."

Born in Los Angeles, California, Evan Stanley has always lived straddling the lines between multiple worlds: growing up, he split his time between school, touring the world with his father’s band KISS and working as a delivery boy for his local deli. After school and a stint in New York, Stanley moved back to Los Angeles to pursue his own brand of pop that he describes as "a mix of '60s psychedelic, '70s singer-songwriter and '80s new wave filtered through a '90s baby that grew up on pop punk."

Evan's mother is actress Pamela Bowen, who appeared in 35 episodes of the soap opera "Days Of Our Lives" and in a number of TV series, including "Loving", "McGuyer", "Cheers", "Matlock", "Beverly Hills 20210", "Land's End" and "Broken At Love". She also appeared in the KISS movie "Detroit Rock City".