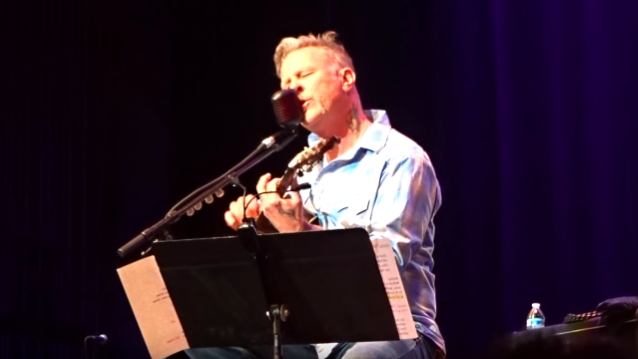 James Hetfield performed live for the time since his rehab stay on Thursday (February 20) at a tribute to Eddie Money. The METALLICA frontman played an acoustic rendition of Money's "Baby Hold On" at Saban in Beverly Hills, California.

Hetfield wasn't among the announced guests at "A Star-Studded Tribute To Eddie Money", proceeds from which benefited the USC Eddie Money Cancer Research Fund.

James made his first major public appearance since entering rehab on January 30, when an exhibit featuring 10 of his classic custom cars opened with a ticketed reception at the Petersen Automotive Museum in Los Angeles.