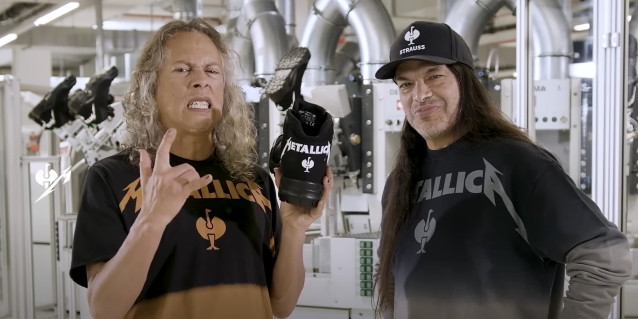 The highlight of the collection is the steel-toe shoe "Metallica Safety Boots", according to a press release. Other items included in the collection are t-shirts, sweaters, a jacket and jeans.

METALLICA has a number of European dates scheduled for July.

We’re teaming up with our friends at @StraussWorkwear to celebrate our long-awaited return to Europe with a new collection of #STRAUSSxMETALLICA workwear.