On the heels of the successful debut of "The Art Of AMC's The Walking Dead Universe" coffee-table book, in partnership with Image Comics and Skybound, which remains a top seller on the official The Walking Dead Universe shop, AMC Networks Publishing will debut several new projects this year, including two comic series — "Nights Of Lono" by METALLICA's lead guitarist and horror aficionado Kirk Hammett and his writing partner/co-creator Marcel Feldmar, and "Oubliette" from New York Times bestselling author Brenden Fletcher ("Batgirl", "Gotham Academy") — and two books based on AMC Networks' hit shows, including the original graphic novel "Miss Fisher's First Mysteries" based on the popular Acorn TV series "Miss Fisher's Murder Mysteries", and "Shudder's Creepshow: From Script To Scream" (working title),from Cartel Entertainment and "Creepshow" showrunner and executive producer Greg Nicotero ("The Walking Dead") and brokered by Striker Entertainment, a coffee-table book which includes a foreword by Hammett, as well as an afterword by legendary storyteller Stephen King.

"We're excited to launch this new initiative with talented creators, writers, artists and storytellers to further engage our passionate fanbases with the stories and characters they love, as well as open the doors to discover new and compelling worlds," said Mike Zagari, head of AMC Networks Publishing. "From deeper dives on AMC's The Walking Dead Universe, 'Shudder's Creepshow' and Acorn TV's Miss Fisher, to a brand-new collection of fantasy and comic-based tales from Kirk Hammett, Marcel Feldmar, Brenden Fletcher and more, we can't wait to entertain and thrill our audience and fans in new and innovative ways."

Hammett and Feldmar's "Nights Of Lono" (working title) tells the story of a troubled female detective in 1989 Hawaii who is hired to find King Kamehameha's tomb before it is discovered by an unscrupulous occultist from the mainland. A mix of mystery and supernatural adventure, the story is a self-aware journey through standard detective tropes and cliches that are sharpened and given new life with fresh takes on the myths and folklore of the Hawaiian Islands.

As previously reported, Hammett's first solo release, "Portals", will arrive on April 23. The all-instrumental four-song EP will be available digitally and on CD and "ocean blue" vinyl for Record Store Day. The effort was recorded in Los Angeles, Paris, and Oahu and was produced by Hammett, who drew inspiration for the songs from horror movies, classical music, and the work of Ennio Morricone, whose "The Ecstasy Of Gold" has been opening METALLICA live shows since 1983,

"This music was created with what I describe as an 'audio-cinematic' approach," Hammett said in a statement. "They're soundtracks to the movies in your mind." 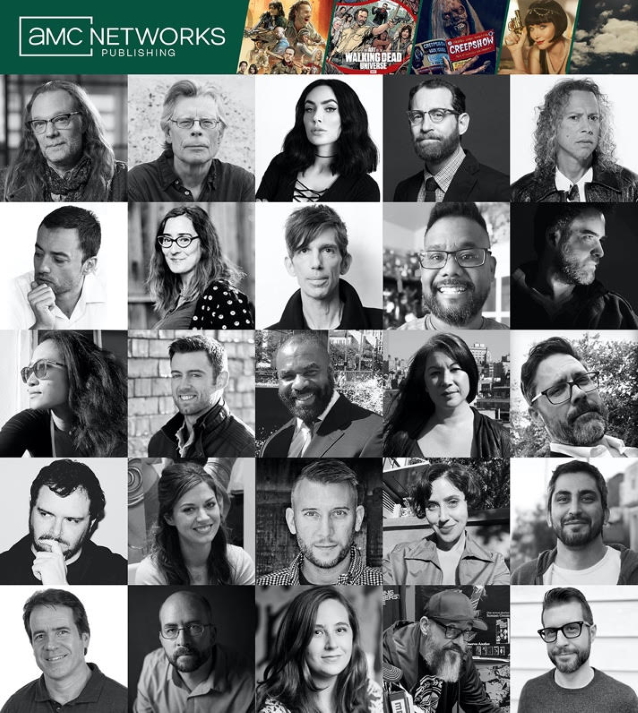