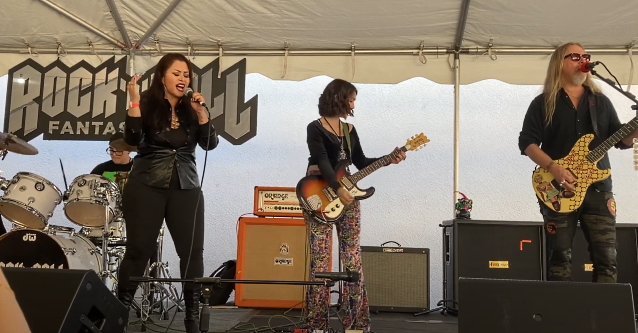 Video footage of ALICE IN CHAINS' Jerry Cantrell and SOUNDGARDEN's Kim Thayil performing with several campers at this month's "The Sounds Of Seattle"Rock 'N' Roll Fantasy Camp in Los Angeles, California is available below. Thayil can be seen in one video playing SOUNDGARDEN's "Slaves & Bulldozers" while the second clip features Cantrell running through a rendition of ALICE IN CHAINS' "Ain't Like That".

When his participation in the event was first announced last September, Thayil said in a statement: "The past few years have been unusually difficult and at times truly bizarre for the nation and world in general, and for the music industry and rock bands in particular. I am super excited about the opportunity to connect and reengage with fellow musicians and fans at the Rock 'N' Roll Fantasy Camp. Bring your favorite axe and let's jam at Rock Camp!"