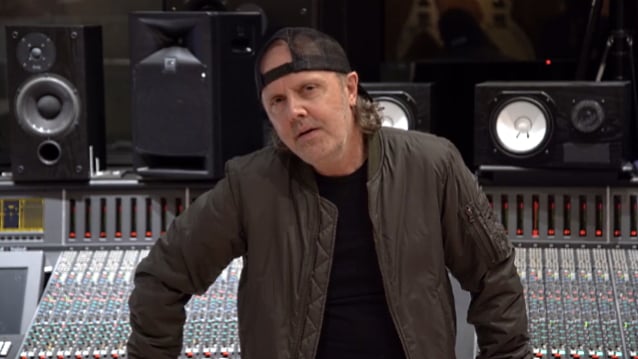 METALLICA drummer Lars Ulrich has put together a special on the New Wave Of British Heavy Metal for Mandatory Metallica, a new limited-engagement SiriusXM radio channel with music and content curated by the band. Launched a little over two weeks ago, this new artist-branded channel coincides with the 30th anniversary of the release of METALLICA's self-titled fifth album, commonly known as The Black Album.

"As some of you know, the New Wave Of British Heavy Metal is kind of the reason, or the main reason, that there is a METALLICA. I was completely immersed and obsessed with this wave '79, '80, '81, and when I met James [Hetfield, METALLICA frontman], we connected on that, shared some of these songs, played 'em to James, he loved 'em and then we started METALLICA and now I'm talking to you. That's the short version of that story.

Ulrich's New Wave Of British Heavy Metal special will premiere on Mandatory Metallica today (Thursday, September 16) at 5:00 p.m. EDT will re-air several times over the course of the next few days.

A self-proclaimed NWOBHM fanatic, Ulrich spent much of his time in the early 1980s tracking down obscure recordings from his favorite groups of the era. Ten years after the NWOBHM's glory days of 1982, Ulrich took time out to put together a multi-band compilation, "'79 Revisited: New Wave Of British Heavy Metal", along with journalist Geoff Barton, whose work in the now-defunct weekly U.K. rock paper Sounds had kept Ulrich posted while he was in the States.

At METALLICA's first-ever concert, which took place on March 14, 1982 at Radio City in Anaheim, California, Ulrich, Hetfield, Dave Mustaine and Ron McGovney ran through a nine-song set, including no less than seven NWOBHM covers: four tracks by DIAMOND HEAD and one each from BLITZKRIEG, SWEET SAVAGE and SAVAGE.