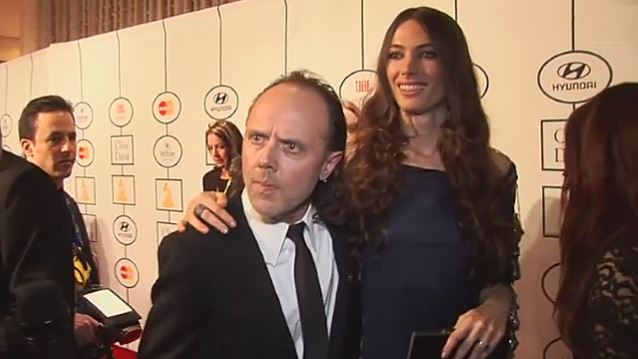 "She's traveled all over the world with me for the last three years," he told the site. "So I'll follow her around fashion week for a few days. That's what we do for each other."

Asked how fashion compares with the music world, Lars said: “It's all a bunch of people staring, trying to see who else is in the room while you're talking to them. It's no different than rock 'n' roll."

A photo of Ulrich and Miller taken at the above-mentioned party can be found at this location.

Miller, 30, who was previously in a relationship with SYSTEM OF A DOWN guitarist Daron Malakian, is a professional model, and has appeared on the cover of various international editions of Vogue magazine. She has also been a model for Gap, H&M and Chanel, among others.