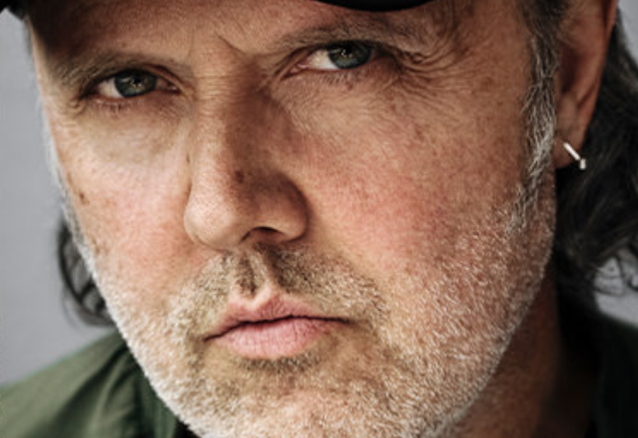 METALLICA's LARS ULRICH On Renewed Popularity Of 'Master Of Puppets': 'That Whole Thing Is Such A Mindf**k'

Prior to METALLICA's headlining performance Thursday (July 28) at this year's Lollapalooza festival in Chicago's Grant Park, drummer Lars Ulrich spoke to local radio station Rock 95.5 about the resurgence in popularity of the band's classic song "Master Of Puppets". Earlier this month, the "Master Of Puppets" title track saw new life 36 years following its original release after its inclusion in season four of Netflix's hit series "Stranger Things". The popularity of the 1986 song brought it to the Billboard Hot 100 chart for the first time ever in the band's lengthy career.

"That whole thing is such a mindfuck," Lars said (as transcribed by BLABBERMOUTH.NET). "It's so difficult to fathom. Obviously, we've been following it, and obviously 'Stanger Things' have been an incredible phenomenon for years. And the fact that it kind of came out of the blue just three months ago, six months ago. [We were asked about] 'Master Of Puppets' [being included in] the season end. [And we said] 'of course.' We were happy to participate.

"We try to be very involved in letting our music be part of these cultural things that are out there and just to connect to fans and get the music out there," Lars explained. "But the way this thing has taken off. And who would have thought that — what is it? 36 years… So this song is 36 years old, and it's now in the Top 40 in the U.K. It's an eight-minute song, and it's fucking making a statement.

"[It shows you] the power of film, the power of television, the power of just culture," Ulrich added. "And obviously any opportunity you get to turn new kids or younger kids on to music that may be a gateway into discovering whatever it is — whether it's harder rock or different things, whatever is on their radar, is super cool. But this thing is just crazy. It's kind of hard to fully comprehend, but it's awesome. So we're very psyched."

Around the same time, METALLICA bassist Robert Trujillo revealed that his 17-year-old son Tye contributed "additional guitar tracks" to the version of "Master Of Puppets" which appears in "Stranger Things".