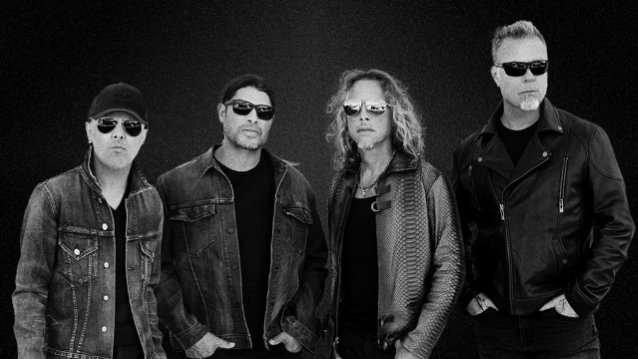 SiriusXM announced today the return of Mandatory Metallica, a new limited-engagement radio channel with music and content curated by the band, beginning today. This new artist branded channel coincides with the 30th anniversary of the release of METALLICA's self-titled fifth album, commonly known as The Black Album.

Mandatory Metallica will feature music spanning the band's entire catalogue, including live concert performances and rare tracks. Bandmembers James Hetfield, Lars Ulrich, Kirk Hammett and Robert Trujillo will share commentary about their music, some of their favorite songs by other artists, personal stories about their career and more.

METALLICA fans will also hear the band discuss what went into compiling the various formats of remastered Black Album, and hear cover songs and commentary from artists who contributed to "The Metallica Blacklist", the new covers album featuring more than 50 musicians each doing their unique takes on favorite songs from The Black Album. The channel will also air three concerts per day at 12 p.m. ET, 6 p.m. ET and midnight ET, spanning more than four decades of music from the 1980s through their most recent tour.

The highly anticipated remastered version of METALLICA's Black Album will be available in multiple formats including a deluxe box set, double vinyl LP and a three-CD expanded edition beginning September 10. The Black Album is one of the most commercially successful and critically acclaimed records of all time. Its 1991 release not only gave METALLICA its first #1 album in no fewer than 10 countries, including a four-week run at #1 in the U.S., its unrelenting series of singles — "Enter Sandman", "The Unforgiven", "Nothing Else Matters", "Wherever I May Roam" and "Sad But True" — fueled the band's rise to stadium headlining, radio and MTV dominating household name status. The album's reception from the press was similarly charged, building over the years from the top 10 of the 1991 Village Voice Pazz & Jop national critics poll to becoming a constant presence in the likes of Rolling Stone's 500 Greatest Albums Of All Time. The album's impact and relevance continue to grow — as proven by one indisputable fact: The Black Album remains unchallenged as the best-selling album in the history of Nielsen SoundScan, outselling every release in every genre over the past 30 years.

"The Metallica Blacklist" offers up new dimensions of the record whose gravitational pull first drew the mainstream to METALLICA — and provides new insights into the universal and timeless appeal that kept it there: the boundary-smashing influence these 12 songs have had on fans and musicians of all stripes. "The Metallica Blacklist"'s 53 tracks find singer songwriters, country artists, electronic and hip hop artists sharing their love of these songs alongside punk rockers, indie darlings, icons of rock, metal, world music and many, many more… and for 50+ good causes: Profits will be divided evenly between charities of the artist's choice and METALLICA's All Within My Hands Foundation — established in 2017 as a way for the METALLICA family to give back to communities that have supported the band.

Subscribers are able to listen to Mandatory Metallica on SiriusXM's Liquid Metal (channel 40) September 1-15, and then on channel 104 through September 22. Mandatory Metallica is also available on-the-go with the SXM App and streaming at home on a wide variety of connected devices through the end of the year. Go to www.siriusxm.com/ways-to-listen to learn more.

Mandatory Metallica was originally launched in 2009 to coincide with the band's induction into the Rock And Roll Hall Of Fame. 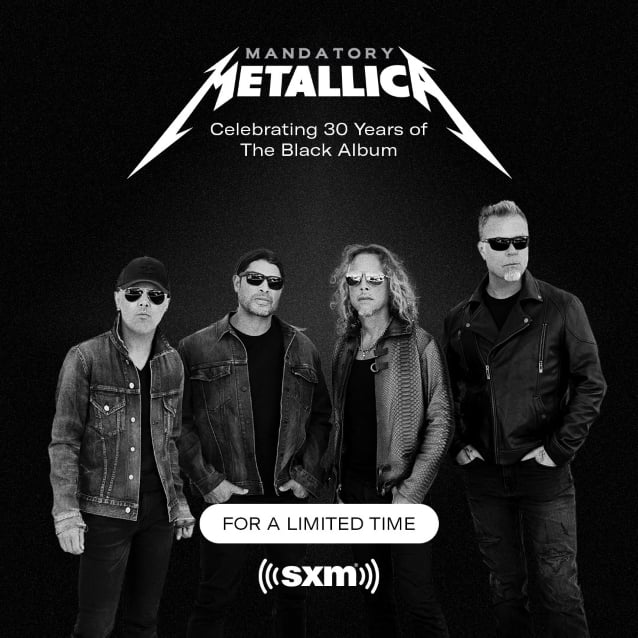