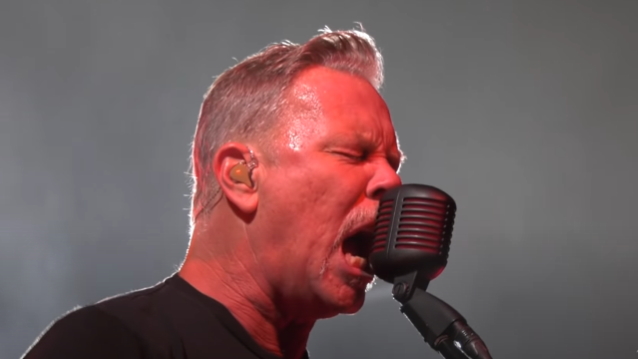 ECW Press has set an April 19 release date for the book "The Meaning Of Metallica: Ride The Lyrics".

Join William Irwin, a philosophy professor, literary critic and heavy metal scholar who teaches at King's College in Pennsylvania, as he traces the lyrical development of the "thinking man's" metal band and uses the themes in METALLICA's work to illuminate topics such as truth, identify, questions of life and death, the mind-body problem, justice and more.

More than 40 years since their formation, and 125 million albums later, METALLICA is as relevant as ever. Much has been written about the band, but "The Meaning Of Metallica" is the first book to focus exclusively on their lyrics.

Their mighty guitar riffs and pounding drums are legendary, but METALLICA's words match the intensity of their tunes. Lead singer James Hetfield writes rock poetry dealing with death, war, addiction, alienation, corruption, freedom, religion, and other weighty topics. Painting a rainbow of emotions with a deft palette, subtle but not obscure, Hetfield's lyrics deserve careful attention. A master of narrative, METALLICA makes listeners care about a vast array of characters, from a vengeful God, to a suicidal teenager, to a man in mid-life crisis.

"The Meaning Of Metallica" is like a riveting conversation with a close friend. A thematic tour de force that traces Hetfield's lyrical development across the decades, this companion examines everything from deep cuts like "Confusion" to megahits like "Enter Sandman". Sure to spark debate and discussion, "The Meaning Of Metallica" provides a close reading of lyrics dense with details and rich with allusions.

Joel McIver, author of "To Live Is To Die: The Life And Death Of Metallica's Cliff Burton", said: "It has been a profound experience to witness James Hetfield's trajectory as a lyric writer over the last 40 years. From the fantastically primitive sentiments on 'Kill 'Em All', via the poetic examinations of social ills on 'Master Of Puppets', to the more questioning approach of his recent work, he has exposed his deepest issues and concerns in a way that always engrosses the listener."

Former SEPULTURA and current SOULFLY frontman Max Cavalera said: "James Hetfield — a.k.a. Papa Het — is the ultimate poet of rage. I've always admired Hetfield's lyricism and message: taking on the dark side of life and turning it into a positive outlook. I cut my hair to get a copy of 'Ride The Lightning' and never looked back: I've been a fan ever since. Mixing H.P. Lovecraft with social commentary made Hetfield the voice of our generation. Much respect."

Hetfield once told Guitar World magazine: "I hate it when people ask me about my lyrics. I always feel like telling them to just go and read them." 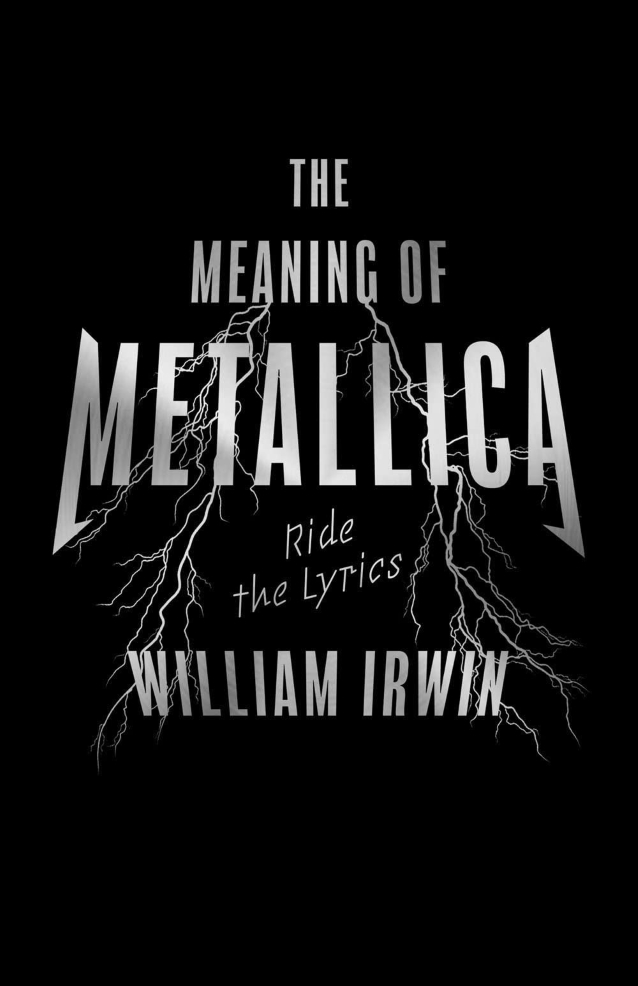