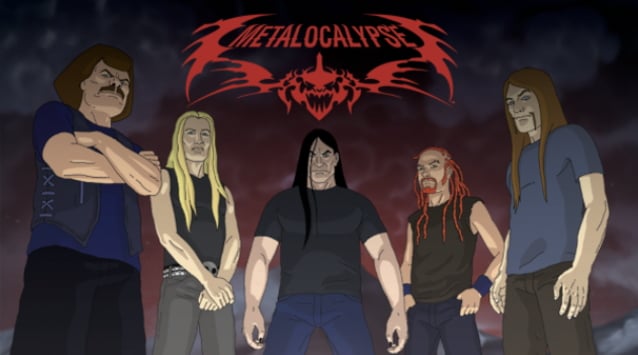 Adult Swim announced today it will produce a new original movie based on the hit original series "Metalocalypse". The movie will be released globally on Blu-ray/DVD and on digital transactional video on demand (TVOD) and electronic sell through (EST) for a 90-day exclusive window, followed by premieres on HBO Max and Adult Swim.

"Leveraging the power of WarnerMedia allows us to deliver original content to our amazingly dedicated and not-shy fans, while also giving our talented series creators an opportunity to tell stories in new and interesting ways," said Michael Ouweleen, president of Adult Swim.

"Metalocalypse" was one of the first original productions to air on Adult Swim. "Metalocalypse" first aired on Adult Swim in 2003 and ran for four seasons, ending with the half-hour special "The Doomstar Requeim" in 2013. During its run, series creator Brendan Small also produced four albums by the show's fictional band DETHKLOK, which have sold one million album-equivalents. "The Dethalbum" was released in September 2007 and debuted at No. 21 on the Billboard 200 chart.