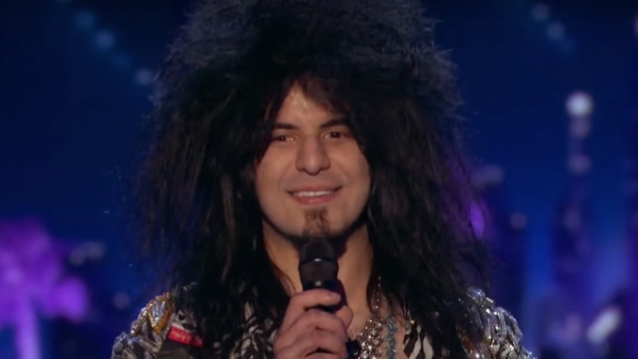 Jay Jay Phillips, the METTAL MAFFIA keyboardist who appeared on the reality competition show "America's Got Talent" has died. He was only 30 years old.

According to TMZ, Phillips passed after a battle with COVID-19 over Thanksgiving and that he had yet to be vaccinated.

METTAL MAFFIA announced Phillips's passing in a social media post. The band wrote: "It is with great sadness we inform you all of the loss of our bandmate/brother/and friend @jayjayrocks. It still doesn't feel real and we would give anything to change it. Please respect the family, as well as our wishes as we take our time to grieve and process this detrimental loss. We miss you brother, every second of every minute, of every day. Thank you for teaching us all to laugh a little more. Rock in Paradise."

Seph Lawless, a close friend of Phillips, told The Wrap that Jay Jay was battling the COVID-19 virus over Thanksgiving, and that his girlfriend had found him unresponsive "in the fetal position" in bed.

"He was battling covid like so many quietly at home the only difference was his soul was larger than most and so we all knew he was struggling," Lawless wrote in an e-mail to the site, adding that the musician was allegedly unvaccinated.

Phillips reportedly lived outside of Cleveland with his father, who is now hospitalized and on a ventilator.

Jay Jay first appeared on Season 4 of "America's Got Talent" in 2019 as a keyboardist act, but was eliminated early on. He came back on the show for Season 12 in 2017, before being let go before the quarterfinals.