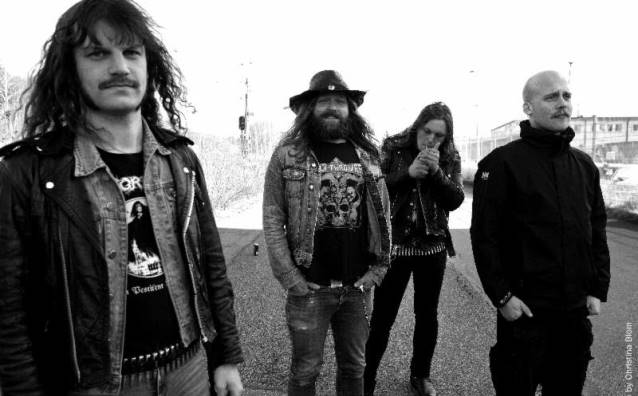 Gothenburg, Sweden's MIASMAL has completed work on its second album, "Cursed Redeemer", for an April 28 European and May 13 North American release via Century Media Records. The CD was recorded by Fredrik Nordström in Studio Fredman (AT THE GATES, OPETH, WOLFPACK, AGRIMONIA, MARTYRDOD) and contains eight tracks of ruthless, straight-forward death metal. The cover artwork was created by Mattias Frisk (GHOST, VAMPIRE, VANHELGD).

MIASMAL will present "Cursed Redeemer" at a special showcase in Gothenburg with labelmates MORBUS CHRON and VAMPIRE. To honor the special event, Century Media will release a limited seven-inch split EP that offers one exclusive new track from both MIASMAL and VAMPIRE.

MIASMAL's self-titled full-length debut was released in 2011 on CD by Dark Descent Records and given the vinyl treatment through Detest Records and Me Saco Un Ojo.