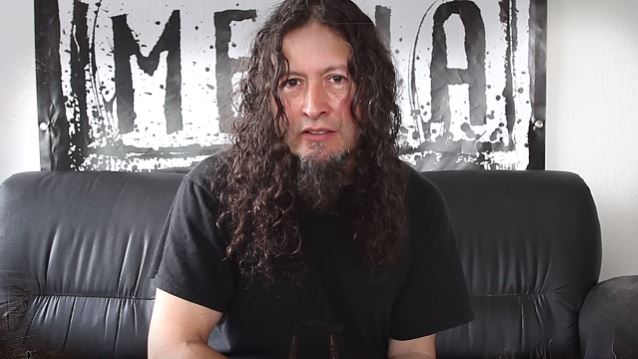 "It's five years since Todd has come to the band and he is doing quite well with all the existing songs, the new songs and working in the studio," Wilton said. "The fans love him and are calling him 'the voice of QUEENSRŸCHE.'"

QUEENSRŸCHE has already issued two studio albums with La Torre — 2013's self-titled effort and 2015's "Condition Hüman" — and is expected to record another disc this fall for an early 2018 release.

"With each album we do not want to carbon copy the previous one," Wilton added. "Sometimes it can be a hundred-and-eighty but we keep the roots of where we're from."

Wilton also said that QUEENSRŸCHE songwriting approach is more collaborative after parting ways with Tate. "There's a cohesive chemistry within the band now," he said. "We write songs as a band, we play together as a band, we make decisions as a band. That's what keeps it going and that's what being in a band is about."

Helming QUEENSRŸCHE's next record once again will be Chris "Zeuss" Harris, who previously worked on "Condition Hüman".