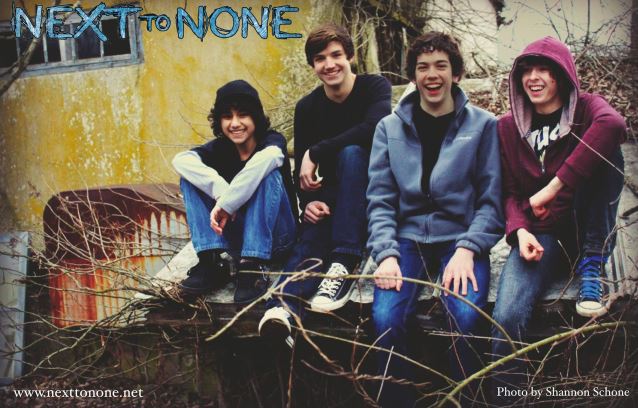 MIKE PORTNOY-Produced Band NEXT TO NONE: EPK For 'A Light In The Dark' Album

An EPK (Electronic Press Kit) for "A Light In The Dark", the debut album from NEXT TO NONE, the band featuring drummer Max Portnoy, son of Mike Portnoy (DREAM THEATER, AVENGED SEVENFOLD, THE WINERY DOGS),can be found below. The CD will be released on June 30 via InsideOut Music. Prior to the CD's arrival, the band will be opening shows for English labelmates HAKEN on that band's April/May U.S. tour.

Based in Pennsylvania, NEXT TO NONE features Max Portnoy on drums, Ryland Holland on guitar, Kris Rank on bass, and Thomas Cuce on keyboards and lead vocals. The band has been honing its craft for several years, recording an independently released EP and playing various live gigs, including a slot at the Progressive Nation At Sea 2014 cruise. Later that year, the band went into the studio to record "A Light In The Dark" with producer Mike Portnoy. The CD features guest appearances by Ron "Bumblefoot" Thal (GUNS N' ROSES) and prog legend Neal Morse.

Max Portnoy says: "It's so exciting to be signing with InsideOut... the home of the greatest prog bands in the world! We are honored to be part of the family."

Adds Mike Portnoy: "Producing the NEXT TO NONE album was like a trip back in time for me. I couldn't help but be reminded of recording my very first album with DREAM THEATER back in 1988.

"These boys have talent and maturity way beyond their years. It's obvious in their playing abilities, but I was most impressed with their writing and creative abilities.

"Six of the songs spread across the album tie together to create a conceptual piece... For a group of 15- and 16-year-olds to be thinking in big master strokes like that is absolutely incredible. They are doing things musically and thematically as teenagers that I wasn't exploring until I was in my mid-twenties and thirties!

"I must point out that THEY wrote all of the music and performed all of their instruments on the album. I do not want people to think that my role as producer had anything to do with those areas... it is all THEM! My main role was to help them explore the studio for the first time and help them learn the ropes in that department.

"I couldn't be prouder of this album and think that NEXT TO NONE represents the next generation of progressive metal."

"A Light In The Dark" track listing:

Upload your music for free at ReverbNation.com 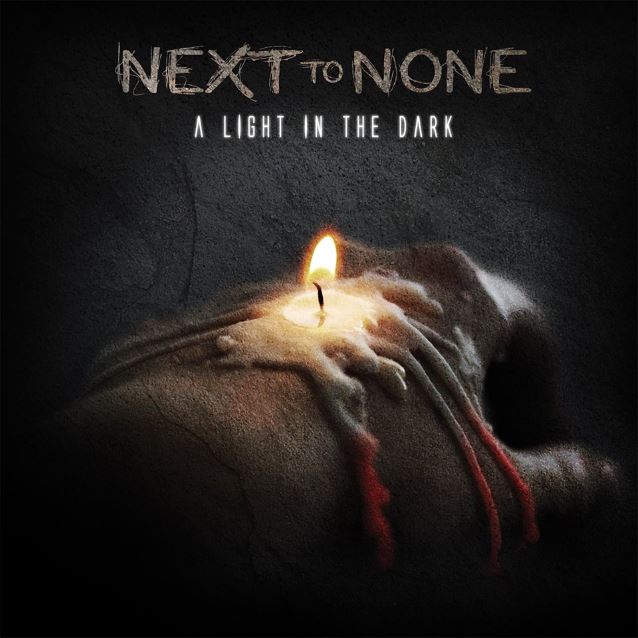