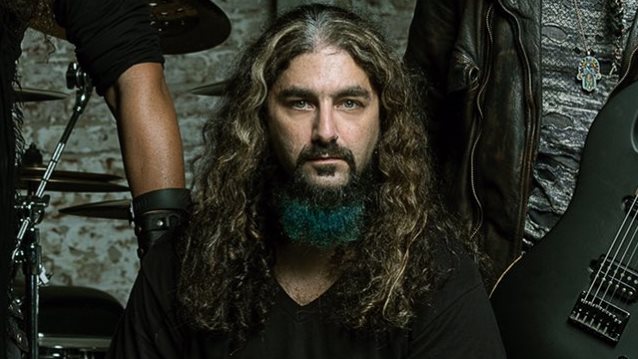 Mike Portnoy says that it's "sad to see" RUSH come to an end but he believes that the legendary Canadian rock band deserves respect for "going out on top."

RUSH guitarist Alex Lifeson recently said that his band has no plans to tour or record again in the future. His comments came two years after chronic tendinitis-suffering drummer Neil Peart described himself as "retired" following the completion of RUSH's North American tour.

Speaking to "The Chainsaw Symphony" radio show, Portnoy said that he understood why Lifeson, Peart and bassist/vocalist Geddy Lee would want to call it quits while they were still at the peak of their playing ability.

"I grew up with [RUSH] and I went through a huge RUSH phase in the mid-'80s, early '80s when I was a teenager," he said (hear audio below). "Neil was always my hero back then, and since then I'm honored that we've become good friends and I cherish that relationship. And I've stayed a RUSH fan through all these years.

"It's sad to see it end, but you've gotta respect that, because if they can't deliver, and if they are in physical pain and they can't deliver what fans wanna see, I respect that they would go out on top," the former DREAM THEATER drummer continued. "I don't like when I see bands that are just a memory of what they used to be, and there's a few out there that I've seen recently that are still touring… I'm not gonna name them, but some of the members can barely play their parts, and then they have a lot of other members that weren't even originally in the band. So I don't know. I would rather see a band like RUSH go out on top and have all the good memories of what they're capable of."

Geddy said in a 2016 interview that he had "accepted" that RUSH's last batch of live shows was "probably the last one as a tour."

Lifeson and Lee confirmed that RUSH will never do a show unless all three musicians agree to take part.