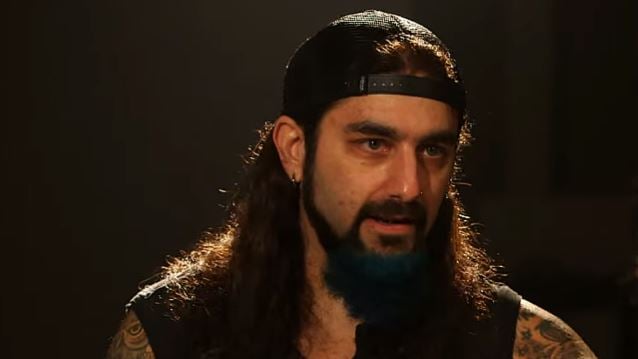 Mike Portnoy says that "would love nothing more" than to have his former bandmates in DREAM THEATER join him at his 50th-birthday party in early 2017.

Portnoy will celebrate the milestone event on next February's Cruise To The Edge, where he will perform DREAM THEATER's "12 Step Suite" in its entirety for the first time ever. The music documents the musician's battle with alcoholism, and is an ensemble of five songs recorded by the band from 2002 to 2009, with titles that reflect his struggles: "The Glass Prison", "This Dying Soul", "The Root Of All Evil", "Repentance" and "The Shattered Fortress".

Mike says that it was always part of his master plan to perform "12 Step Suite" in its entirety live on stage with DREAM THEATER. However, his 2010 exit from the band made that impossible, until now.

"I would love nothing more than to perform it with [DREAM THEATER]," he tells The National Student. "But they've made it clear that they have no intention in reuniting at any point. So, life is short; this is going to be my 50th birthday and it just felt like the right time and place to finally play this music."

He continued: "I wrote all five of these songs with the intention of them being performed from start to finish, and I would have loved nothing more than to be doing it with DREAM THEATER. But it's obviously not on the cards for them. I can't sit around waiting for a reunion that may not happen. That being said, all four DREAM THEATER guys have an open invitation to join me on the cruise. I would love nothing more than for them to be there with me."

Asked in a 2015 interview with Loudwire if it's true that he quit DREAM THEATER due to the fact that he wanted a five-year break from the band but the other guys in the group disagreed, Portnoy said: "Well, I mean, obviously, the fact that I left the band is a fact. But the five-year break thing is fiction. That's a… What is it called? Not a rumor… a myth… urban legend. The five-year thing is an urban legend. I never said five years. I just wanted to have a hiatus. Just 'cause we had been going 25 years — boom! boom! boom! — with no break. Write-record-tour, write-record-tour, and it was burning me out. It didn't mean I wanted to stop making music. One of the biggest misconceptions was, after I left DREAM THEATER, I went off and did, like, five different bands and side projects. Everyone was, like, 'We thought you wanted a break.' And it was, like, well, I didn't want a break from making music; I just needed a break from the DREAM THEATER camp. It was 25 years without a break in that camp, and I was just fried. I needed other people and other musical outlets in my life. But the five-year hiatus, I think… I had suggested hiatus of any length, it somehow got misinterpreted as a five-year… which, coincidentally, would have been now. So it would have been up by now, actually — if it was a five-year hiatus."

Portnoy was also asked whether it's true that he offered to return to DREAM THEATER shortly after quitting the band, but that his offer was rebuffed via DREAM THEATER's lawyer. He responded: "I'll just say that there was… Once I left, there was a tremendous amount of legalities and technicalities, so I'll just say that I was doing whatever it would take to keep peace and keep things going smooth. And at that point, they were just only speaking through their lawyer. But it's a 25-year relationship coming to an end, so, obviously, it goes very, very deep, not only personally and emotionally, but also legally, and all the red tape that's involved with something like that. So it was a tough time, a tough period, and, luckily, we all got through it. But, yeah, I don't wish that kind of stuff on anybody in a band. It's tough." 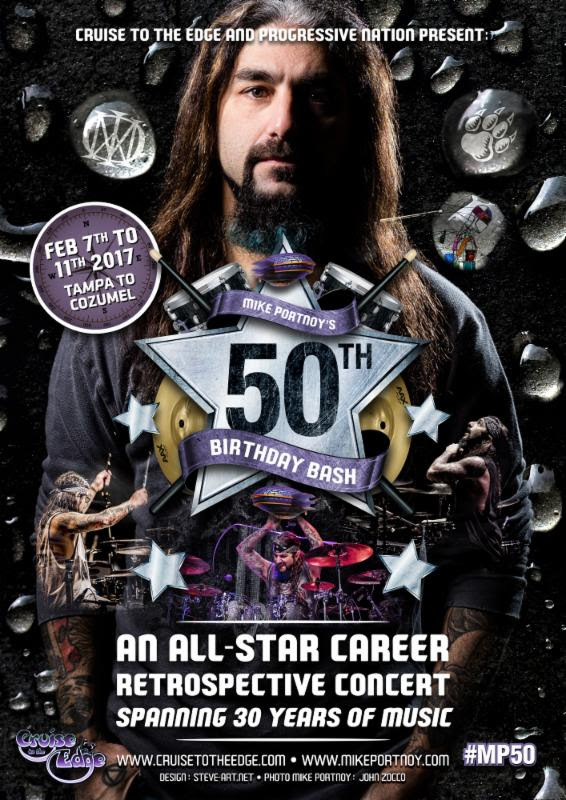