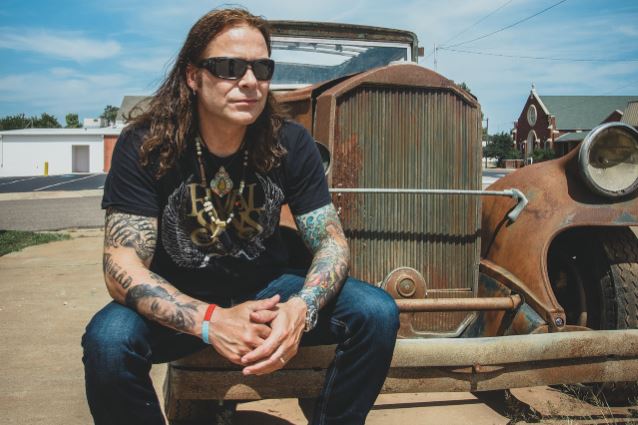 In a brand new interview with AntiHero Magazine, former WHITE LION singer Mike Tramp was once again asked about the possibility of a reunion of the band's classic lineup, featuring guitarist Vito Bratta. He said: "In reality, I mean, the question could be turned around, since it's what most people know me from. And nobody ever seemed to ask the question, 'Why won't there be [a WHITE LION reunion]?' And then you can explain it."

He continued: "I mean, you have to do drastic things. It's like, for all of you people out there who, unfortunately, happen to be in a divorced family, or come from a divorced family, could you ever imagine your mom and dad back together? I mean, sometimes, when something's split, it is for the purpose of it needs to split. And there's so many reasons. But the most reason is that the band does not want to be together. And this is not a matter of us having offers on the table, you know, for big money. It's not a matter of us, you know, think we should do it because CINDERELLA's doing it, or TESLA's doing it, or NIGHT RANGER, or FIREHOUSE. WHITE LION broke up because we did not want to be together anymore. And [I've stuck to that] ever since."

Asked if he would ever take part in a WHITE LION reunion if Vito changed his mind about it and called him, Mike said: "You know what? I would be very surprised to see this guy ever with a guitar in his hand again. I mean, how would you expect that to happen for somebody that's basically been sitting at home for 25 years? Not been in the music business, and then suddenly come out? No, it would not happen. And you know what? Sometimes I'm forced to having to say it in another way so people can understand it. Unfortunately, a lot of other singers don't follow the same recipe."

He added: "I can't be Mike Tramp [at] 27 years old. I don't sound like that. I sound like I do today, and I'm much more at home and happier with the way I sound today. I'm not dissing WHITE LION; they were the greatest years of my life, and I am so happy to all the people that raised their hands and cheered for me out on stage. But right now, I'm a father of three. I'm a guy with a guitar around my neck. And I do what I can, not what I can't."

Tramp's tenth solo album, "Maybe Tomorrow", will be released on February 24 via Mighty Music/Target Group. The disc was recorded at Medley Studios in Copenhagen, Denmark, once again with Tramp's trusted partner Søren Andersen behind the knobs and on guitar.

Mike was backed by the same band in the studio: Morten Hellborn on drums, Jesper Haugaard on bass and Morten Buchholtz on Hammond and piano.