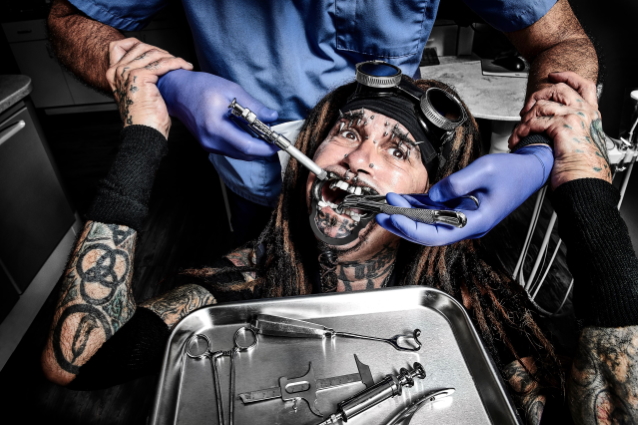 Industrial metal pioneers MINISTRY have released the official music video for their song "Disinformation". The track is taken from the band's 15th studio album, "Moral Hygiene", which is being released today (Friday, October 1) via Nuclear Blast Records.

Other musical jewels on the release include a collaboration with Jello Biafra (Jourgensen's cohort in side project LARD) on "Sabotage Is Sex" and a unique take on THE STOOGES' "Search And Destroy" that features guitar virtuoso Billy Morrison (BILLY IDOL, ROYAL MACHINES).