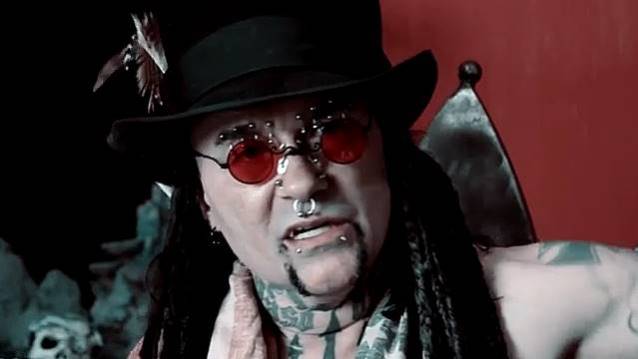 MINISTRY mainman Al Jourgensen has announced the launch of a new project called DUBWEISER. The project's debut CD will be called "King Of Dubs". Additional details will be announced soon.

Jourgensen has reportedly been sober since checking into a rehabilitation facility in early February to receive treatment for alcohol dependency. He has since relocated to Southern California and gotten divorced from his wife of 12 years, Angelina Lukacin (who cofounded the 13th Planet record label).

Jourgensen reportedly suffered a near-death experience in 2010 as the result of a ruptured ulcer.

Al's book, "Ministry: The Lost Gospels According to Al Jourgensen" — penned by Jourgensen with Jon Wiederhorn — came out last year on Da Capo Press. It is described in a press release as "the high-octane, no-holds barred memoir by the legendary godfather of industrial music. The book is fascinating, both ugly and captivating, revealing a character that has lived a hard life his way, without compromise."