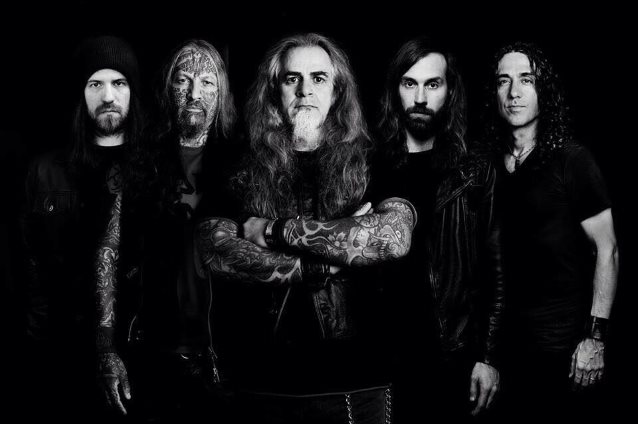 "Galleon", the new video from the occult heavy metal outfit MIRROR, can be seen below. The song is taken from the band's self-titled debut, which came out last November via Metal Blade.

The brainchild of bassist/diehard metal connoisseur and SATAN'S WRATH vocalist Tas Danazoglou, MIRROR was forged in fire following a chance meeting with London-based producer and accomplished drummer Jaime Gomez Arellano. The union ultimately led to the two embarking on a shared musical vision that encompasses a classic hard-rock/proto-metal sound with tasteful songwriting and musicianship. SATAN'S WRATH guitarist Stamos K. was next to join, his musical instincts and considerable production experience suiting the band's ethos perfectly. Vocalist Jimmy Mavromatis, with his operatic tenor, was added to the growing unit. The lineup was completed with the arrival of Los Angeles-based guitarist Matt Olivo whose infamy was earned as the co-founder of grindcore pioneers REPULSION.

The recording of MIRROR's self-titled debut began in London at Orgone Studios (GHOST, PARADISE LOST, CATHEDRAL) in the autumn of 2014, with Arellano handling production duties. The recording boasts strong melodic ideas with classic, heavy riffs inspired by the sounds of UFO, IRON MAIDEN, DEEP PURPLE and the like.

This April, MIRROR will support REPULSION at select dates in the U.K. In regards to these special performances, Tas Danazoglou comments: "We are very excited to play two shows supporting REPULSION. We will deliver pure, relentless heavy metal and hopefully many more shows will follow." 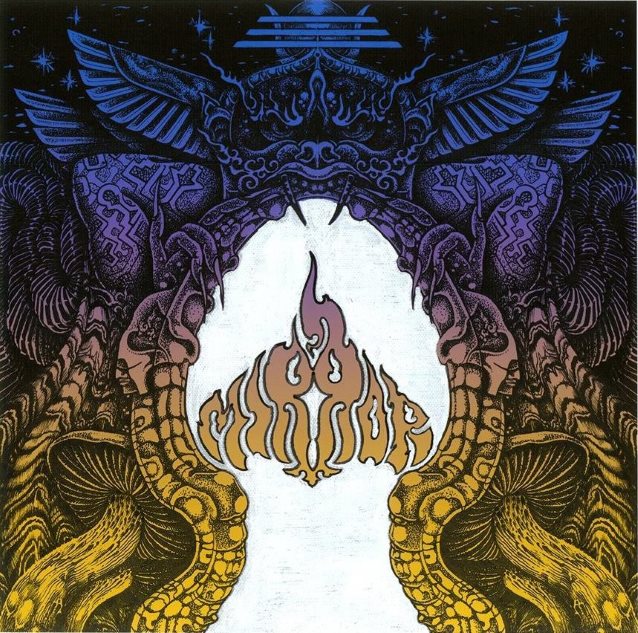