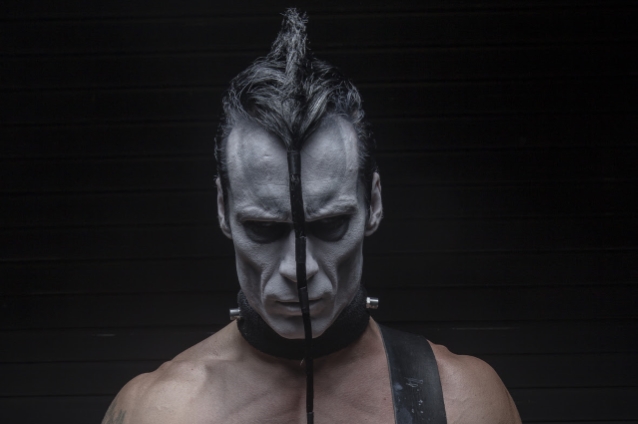 MISFITS guitarist Doyle Wolfgang Von Frankenstein says that METALLICA drummer Lars Ulrich was right to launch legal action against Napster in 2000. Doyle made his comments while speaking to "The Liquid Conversations" about the changes in the music industry since the MISFITS' inception more than 40 years ago.

"The thing that sucks the most about it is everybody steals music," Doyle said (hear audio below). "You spend a fucking hundred thousand dollars to make a record and all these fucking scumbags are just fucking stealing it. And then they want more. And you're a dick, 'cause you're doing a meet-and-greet [after concerts] for 50 fucking bucks to make up for it, which you don't wanna do. You think I wanna meet all these fucking people? I don't. When I'm done, I wanna fucking take a fucking shower and go to bed. I just worked, so..."

Doyle went on to say that people who criticize him for charging money for meet-and-greets "can kiss my ass. Seriously," he said. "You wanna fucking steal shit? If I was making motorcycles and they came and took one, would that be a crime? Why can't we punish people for stealing songs? There should be a $10,000 fine [for stealing music]."

He added: "They should really fucking police that shit. Shut the Internet down for a fucking day and fix it."

Asked how he approaches the issue of illegal music downloading now that he is releasing his albums through his own record label, Doyle said: "I don't know. How can I approach that? What are you gonna do? As soon as somebody buys it, where is it? It's up there for everybody to steal."

Doyle also blasted Spotify for the the paltry payments the music streaming service pays out to music rightsholders, saying: "Fuck them. Fucking bullshit… [As an artist] you make nothing. It's $9 a month [for a Spotify subscription fee], and you can listen to a song 10,000 times if you want — if there's enough time in that month to listen to it 10,000 times. I don't know. I can't do the math. But how much do you think each band gets? It's like a hundredth, maybe a thousandth of a penny you get. Are you fucking kidding me? My girlfriend [ARCH ENEMY singer Alissa White-Gluz] went to their office. She said it was insane. I would've went fucking mental. I would've started breaking everything."

Doyle also defended METALLICA for going after Napster when the band discovered that a leaked demo version of its song "I Disappear" was circulating on the service before it was released. METALLICA sued the pioneering music file-sharing service, claiming that it was illegally allowing users to download the group's tracks without paying royalties to the band.

"Lars Ulrich was right when he sued fucking Napster," he said. "And everybody thought he was a dick. He didn't do it for him. He's got the fucking money. He did it for fucking jerkoffs like me."

While the music-streaming service Spotify has gotten a lot of criticism for how little it pays artists for their music, many musicians have since have embraced the platform.