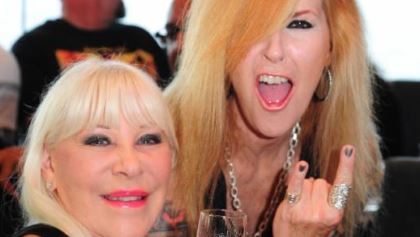 The Ronnie James Dio Stand Up And Shout Cancer Fund, the charity founded in memory of the late rock singer, was one of the designated charities of last week's Monsters Of Rock caribbean cruise on the MSC Divina from Miami to Nassau in the Bahamas. The five-day trip included daily activities to raise money for the Dio Cancer Fund's important work in cancer research and prevention.

Stand Up And Shout Cancer Fund president Wendy Dio, as well as several members of the Stand Up And Shout board of directors, joined some 40 recording artists and the 3500 passengers on the SRO cruise for specific Dio events like Rock 'N Roll Bingo and Dine And Donate For Dio. For the latter, participants paid for a private cooking demonstration with rockers, including Lita Ford, Billy Sheehan, Tom Keifer (CINDERELLA),Rowan Robertson (DIO) and members of NIGHT RANGER, BLACK 'N BLUE and LILLIAN AXE. In addition, guitars signed by the BLACK STAR RIDERS and EUROPE were auctioned live following the bands' performances.

A special live auction featured signed Ronnie James Dio photos, rare memorabilia and three unique guitars, including a signed MOTÖRHEAD guitar and a Monsters Of Rock guitar, which had been signed by many of the bands on the cruise. The third guitar was built from the ground up by George Bisceglia, who builds guitars for Dave Meniketti, the singer, songwriter and lead guitarist for hard rock band Y&T. Meniketti was on hand for the auction, which was won by passenger Richard Wesson.

"I cannot thank Larry Morand, Mike London and the fantastic Monsters Of Rock cruise production staff, as well as the very generous passengers, who dug deep into their pockets during our wonderful five days at sea," says Wendy Dio. "I want them all to know that every penny raised will go to cancer research so that one day we will find a cure for this terrible disease that takes so many of our loved one's lives. Ronnie would be so proud."

The Ronnie James Dio Stand Up And Shout Cancer Fund is a privately funded 501(c)(3) charity organization dedicated to cancer prevention, research and education and is committed to raising money and awareness in hope of one day finding a cure for this dreaded disease.

Ronnie James Dio, the world-renowned voice of DIO, RAINBOW, BLACK SABBATH and HEAVEN & HELL, died on May 16, 2010 of gastric cancer. 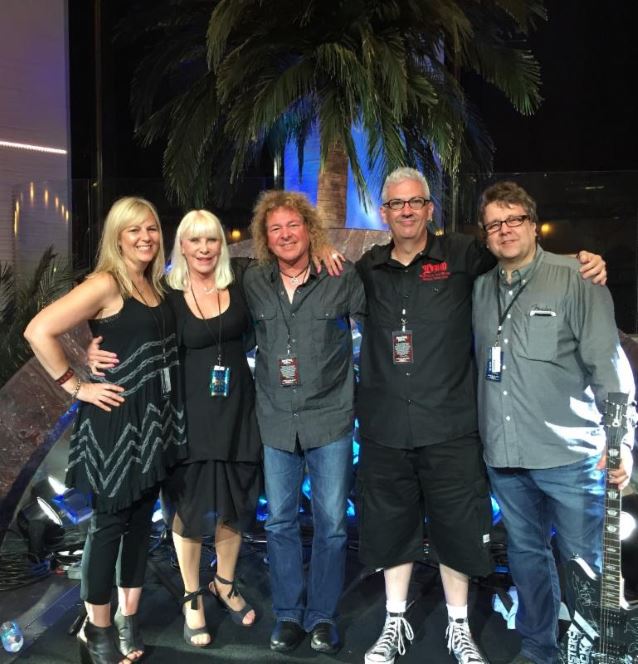 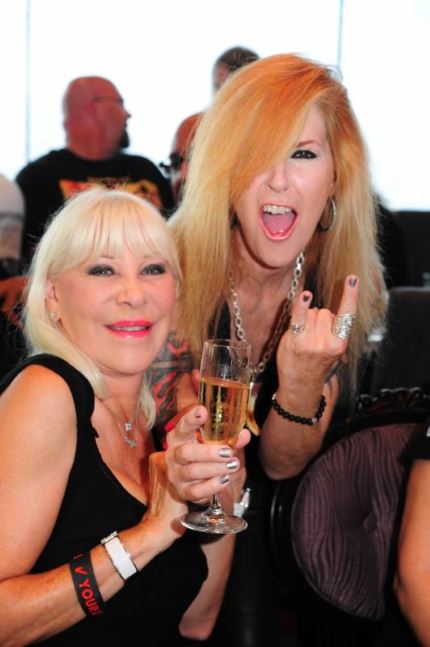 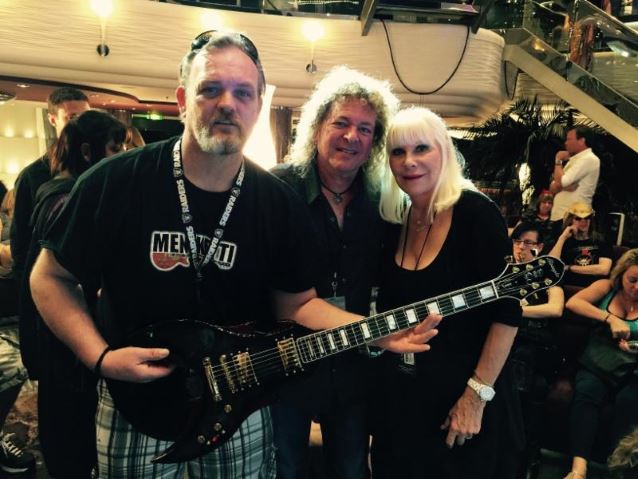